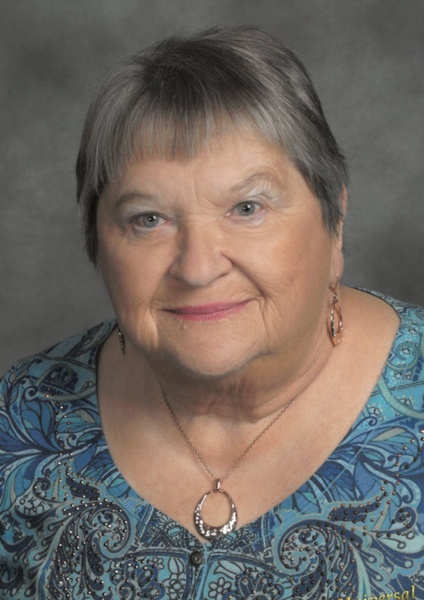 Joan was born on August 2, 1946 to Gregory and Evabell (Davidshofer) Kramer. She was the seventh of seven children and grew up on their family farm near Elba, Minnesota. Joan graduated from Saint Charles High School in 1964. She attended Winona State University where she studied social work. She married Harold Peter Fort Jr. in 1967.  They went on to raise their five children. They later divorced.  Joan married David Herman Pollema on June 28, 2003 at Saint Charles Borromeo Church. They resided in Saint Charles together. Joan worked at Camera Art and Arbor Gardens; however her career highlight was owning and opening Grandma’s Variety, where her homemade candles and Saints apparel were sold.

Joan lived by the motto “live simply.” Some of her simple pleasures included: time with her grandchildren, visiting with her special friend Robyn, neighbors and passerbys on her front porch, camping, reading on her back swing, or watching wildlife out her windows. She is well known for her witty humor and easy to talk to personality.

Funeral mass will be held at 4 pm Saturday, August 6th, 2022, at Saint Aloysius Catholic Church in Elba. Visitation will be two hours prior to the funeral on Saturday. Burial will be at Saint Aloysius Cemetery in Elba, Minnesota. Hoff Funeral Service of St. Charles is assisting the family with arrangements.  www.hofffuneral.com.