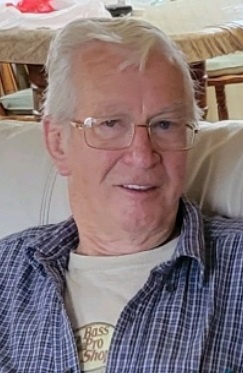 Jerry Michael Olson, 75 of rural Whalan, died Thursday, February 17, 2022 at his home.
Jerry was born June 15, 1946 in Colquitt, Georgia to Millard and Elaine (Smith) Olson. He was raised in the Whalan area and graduated from Lanesboro High School. Shortly after graduating, he worked various jobs, from mink ranching to road construction before he found a 40 year career with Northwest Airlines where he remained until his retirement. Following retirement, he hauled canoes for Wenonah Canoe.
On October 18, 1975, he married the love of his life, Bonnie Mae Eide at the Whalan Lutheran Church. They made their home on his family farm in rural Whalan. Besides his family, there was nothing he loved more then being on the farm. He enjoyed fishing, bowling, gardening and fixing vehicles in his shop. Jerry always kept busy - whether it was taking care of the farm or taking care of those he loved most, he truly had a heart of gold. Jerry was always a devoted fan of his grandchildrens' activities.
Jerry was a faithful member of the Whalan Lutheran Church, currently serving as council president. He was the former Mayor of Whalan and when he was working, he was active leader in the International Association of Machinists and Aerospace Workers (AFL-CIO) Airline Local 1833.
He is survived by his wife, Bonnie; mother, Elaine; children, Angela (Travis) Steinfeldt of Onalaska, Michelle (Shawn) Kohner of Winona and Lee (Kelly) Olson of Gainsville, GA; grandchildren, Ashley Puig, Miranda (John) Tidwell, Cameron Steinfeldt, Brandin Habeck, Madeline Kohner, Elanna Kohner, Cale Kohner, Reece Olson & Griffin Olson; great-granddaughter, Aria Coe and brother, Leslie Olson (Carol Rippentrop).
He was preceded in death by his father, and son-in-law, Philip Puig.
Funeral Service will be 12 p.m., Saturday, February 26, 2022 at Whalan Lutheran Church with the Reverend Patricia Hinkie officiating. Visitation will be 10 a.m., until the time of the service. He will be laid to rest in the church cemetery. Hoff Funeral & Cremation Service - Rushford is assisting the family with arrangements. www.hofffuneral.com.