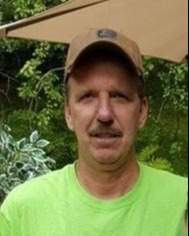 Jerry Lee Johnson, 59, of Goodview, MN died at his home with family at his side on August 25, 2022, after a short struggle with Lung Cancer.

Jerry was born on January 7, 1963, to Conrad and Isabel Johnson and grew up in the Money Creek area prior to moving to Goodview.

Jerry was a 1981 Graduate of Houston High School in Houston, MN. He started his career at Brock Candy Company and worked there for over 30 years throughout the various name changes such as Brach & Brock Confections, Farley and Sather’s, Ferrara Candy, and recently worked at Midwest Co-pack for the past 5 years.

Jerry was preceded in death by his parents, Conrad and Isabel Johnson, and brother Gale Johnson, and his dogs Bailey and Emily.

The family would like to thank his co-workers at Midwest Co-pack, his many friends and neighbors, and Gunderson Hospice for their support during his short illness.

At Jerry’s request a private graveside service will be held for family at Elstad Lutheran Church 37784 Dogwood Road, Lanesboro MN 55949 on Saturday, September 3, 2022, at 2 p.m. with coffee and cake served in the church basement following the service. Memorials can be mailed to Hoff Funeral Home Attn: Jerry Johnson at 3480 Service Drive, Goodview, MN 55987 to any charity of your choice.