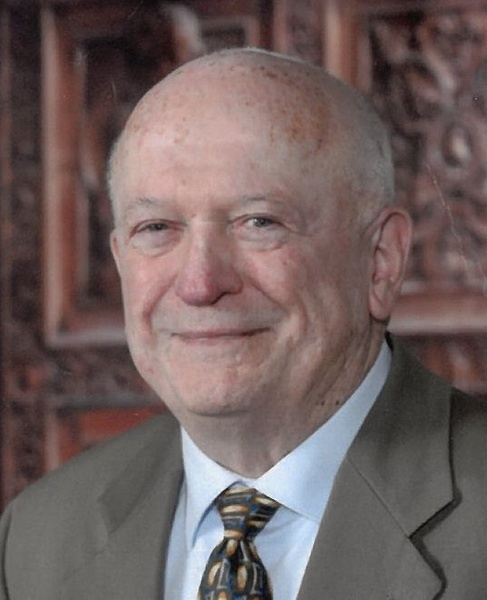 Jerry was born October 9, 1937, in Baltimore to Thomas and Julia (Barron) Dyba.  He graduated from St. Joseph’s Catholic High School and then received his bachelor’s degree from University of Baltimore and master’s degree from George Washington University. Jerry married Marcia Sundstrom and they had two daughters, Shelly and Leslie. They later divorced. In 1989, he married Judith (Cranston) Kruger in Rochester and welcomed her two daughters, Amy & Angela into his life.

Jerry worked in Informational Technology (IT) for the State of Maryland for many years before taking an early retirement. He then went back to work for Baltimore County before retiring a second time. In addition, he taught graduate-level IT classes for 18 years at Johns Hopkins University, and later he taught a graduate-level course in Healthcare Management at Augsburg College in Rochester. Jerry and Judy split their time between Baltimore and Dover for many years before moving to Dover permanently in 2009. Jerry and Judy shared many memories visiting in Anna Maria Island, FL, during the winter months, where they always welcomed family to join in on the fun.

Jerry enjoyed rehabbing homes in Baltimore. He also enjoyed Native American culture and will likely be remembered by several of the older members of White Bear as an early member of the Red Shield Indian Dancers from Baltimore. He became active in the Dover community, serving on the city council and the Dover-Eyota-St. Charles Sanitary District. He was a voracious reader and loved to share his love of reading. He began with the Volunteer Program at Mayo Clinic where he pushed a cart around full of books to hand out to the pediatric patients. He became active in organizing book drives to help replenish the books at Mayo Clinic.

He was preceded in death by his parents; brother, George Dyba and brother-in-law, Lind Cranston.

A visitation will be 4-7 p.m., Thursday, April 28, 2022, at Hoff Funeral & Cremation Service – St. Charles. He will be laid to rest in a private family ceremony at Evergreen Cemetery in Dover. Memorials are preferred and will be donated to the Mayo Clinic Pediatrics floor for books.  www.hofffuneral.com.