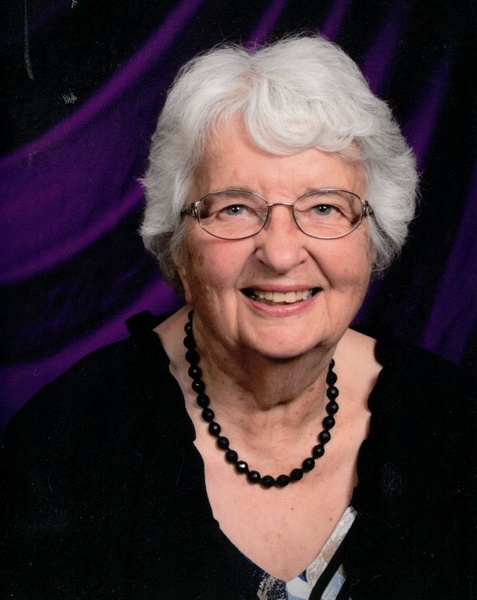 Jeanne B. Ferden, 89, of St. Charles, died Friday, April 16, 2021 at her home with her family by her side. Jeanne was born August 19, 1931 in St. Charles to Jesse and Beatrice (Heim) Ploetz and graduated from St. Charles High School in 1949. Jeanne and Leland Ferden were married October 26, 1950 in St. Charles. In the early years of their marriage the couple farmed near Troy. In 1955 they moved to Glenmoor Farms, south of Utica and went on to raise their seven children.
Jeanne was a member of the St. Charles Borromeo Catholic Church and was active in Rosary Society, St. Frances Unit, Catholic Daughters, and quilting groups. Jeanne enjoyed making quilts for her children and grandchildren. Jeanne was a member of the Winona County Farm Bureau where she served as the 1st female president. Jeanne and Leland were recognized as the Winona County Outstanding Farmers. She was a member of the MN Brown Swiss Association. She was proud of their Brown Swiss dairy herd. Jeanne was known for her baking especially apple pie, chocolate chip cookies, brownies and bread. She was awarded Best of Show at the Winona County Fair competitions
Survivors include her husband, Leland, children; Richard (Marlis) Ferden of Utica, Mary (Phil) Schneider of Sheldon, WI, Kevin (Dorothy) Ferden of Minnesota City, Larry Ferden of Elgin, Deb (John) Rowekamp of Rochester, Peggy Davis of Rochester, and Doug (Karin) Ferden of St. Charles, 24 grandchildren, 25 great-grandchildren and a sister-in-law Marlene Ploetz of St. Charles. She was preceded in death by a granddaughter, Katie and two brothers, Lee, and Francis Ploetz.
A Funeral Mass will be 11 a.m. Thursday at St. Charles Borromeo Catholic Church with the Reverend Tim Biren officiating. Burial will follow in Calvary Cemetery. A visitation will be at the church on Wednesday from 4-7 and Thursday, one hour before services. Please share a memory of Jeanne at her online guestbook and view her video tribute when it becomes available at www.hofffuneral.com. Hoff Funeral Service of St. Charles is assisting the family with arrangements.