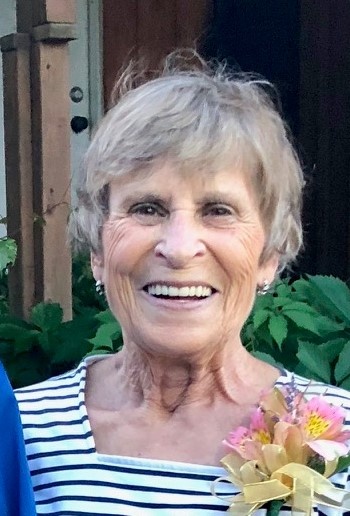 Jean M. Chuchna, 79, of St. Charles, died Monday, May 30, 2022, surrounded by her family, at Mayo Clinic Hospital, Rochester, MN. Jean was born March 2, 1943, in Winona to Floyd and Jeanette (Finley) Carney. She graduated from Winona High in 1961 and went on to get her teaching degree from Winona State. Jean and Clarence Chuchna were married June 1, 1968 and made their home in St. Charles. Jean stayed home to raise her two children, before returning to Winona State to pursue a degree in Nursing. She worked as an LPN at Whitewater Healthcare in St. Charles until her retirement. She then volunteered her time to the Resource Center in St. Charles, and the Winona County Fair.

Jean loved to cook. She was well known for her, second to none, pumpkin pie, and was known to lure her family to the house when the pie was fresh. She lived for her grandkids, who were the center of her life and was known to play computer games for hours at a time.

Jean also enjoyed traveling. She loved going on cruises, with her sisters or with Clarence, train rides across country, and multiple Disneyworld trips with their children, and later grandchildren.

A Celebration of Jean’s life will be from 3-5 p.m., Sunday, June 5th at The Garage, 361 West 5th Street, St. Charles, MN. Hoff Funeral Service of St. Charles is assisting the family with arrangements. www.hofffuneral.com.