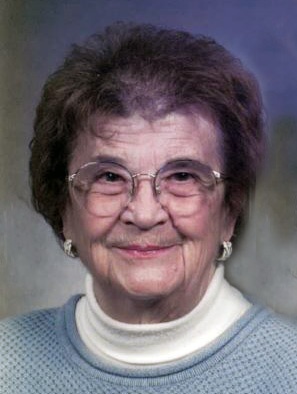 Jean Eleanor Beck, age 87, was called to her eternal home on January 24, 2022.
Jean was born on January 25, 1934 to Herman "Boots" and Marcella (Loechler) Rademacher. She was united in marriage to Myron Beck on August 28, 1952. Together they were blessed with five children. Jean worked at Camera Art - Herff Jones in Lewiston for 29 years until her retirement in 2003.
Jean appreciated being outdoors working in her gardens or watching the hummingbirds. She and Myron travelled to many locations over the years for Myron's work. Jean loved and savored her animal companions. More than anything, Jean treasured time spent with her family and she adored her grandchildren and great grandchildren.
Jean is survived by her children, Dave (Laura) Beck, Deb (Dave) Mueller, and Steve (Velvet) Beck; grandchildren, Mitzy Beck, Ben Mueller, Jeremy Beck, Adam Mueller, Jason Beck, Samantha Stange, Bobby Bonow, and Heather Mueller; 5 great grandchildren; sisters, Marlene (Dick) Wallerich and Isabelle Blattner; and daughter-in-law, Sue Beck.
She was preceded in death by her husband, Myron Beck; daughter, Jean Beck; son, Bob Beck; granddaughter, Chelsea; her parents, Herman and Marcella; and her brothers, Don Rademacher and Jerry Rademacher.
Funeral Service for Jean will be held at 11 a.m on Friday, January 28, 2022 at St. John's Ev. Lutheran Church in Lewiston. Visitation will be from 4 - 7p.m. on Thursday, January 27, at the Hoff Funeral Home - Lewiston, as well as one hour prior to the service at church on Friday. Jean will be laid to rest in St. John's Ev. Lutheran Cemetery. Hoff Funeral Home - Lewiston, is assisting the family with arrangements.