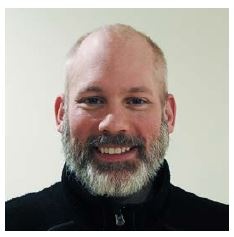 Jason Duvall Poser, age 48, passed away peacefully January 26, 2021 at home surrounded by his family following a recent diagnosis of a rare and aggressive form of cancer.
Jason said he had a good life, and those who knew Jason say he lived a good life. Both are true. Born December 11, 1972, he was raised by loving parents, Al and Patricia Poser, in Onalaska, Wisconsin. He was inquisitive and adventurous from the start. Growing up he was known to disassemble household items to see how they worked, build various contraptions, and spend time outdoors - often with his lifelong friend Andrew Sobota. He was also known for his artistic talent and warmhearted humor.
Jason did not wait to enjoy life. He cycled the bluffs and ice fished on the Mississippi backwaters, kayaked in Door County, surfed and scuba dived in Hawaii, and spent several years in Montana telemark skiing, snowboarding, fly fishing, and exploring the backroads with his on-off road motorcycle - while also earning his B.S. in Marketing and Business Administration in 2003 from the University of Montana Missoula and working in Whitefish.
In 2007, he returned to the Midwest to earn his Master of Science degree in Geographic Information Science (GIS) from Saint Mary's University of Minnesota. There he met his classmate and future wife, Greta (Bernatz) Poser. They went on to have 13 wonderful years together, spending time in Stoddard, Wisconsin and living in Winona since their marriage in 2014. It didn't matter the activity, they never ceased to enjoy each other's company - whether it was a weekend road trip, solving a GIS problem together, or their Valentine's Day dates at a hardware store. He was a loving and thoughtful husband and consistent source of encouragement and fun.
Always young at heart, he maintained an enthusiasm for rockets, remote controls, bonfires, parades, and photography. He built drones and studied geospatial imagery as part of his graduate research, demonstrating his inventiveness, ambition, and ability to problem solve.
Following graduation from Saint Mary's, he became the Land Information Coordinator for Buffalo County. The work became a passion, as he advocated for land records modernization and applied his innovative spirit and technical expertise to build a strong land records program. This led to his involvement in the Wisconsin Land Information Association, with colleagues he had great respect for and counted as friends. He served on multiple committees and the Board of Directors. He was happy to help where needed, such as mentoring a high school science fair student or lending his photography skills to community projects.
Jason is survived by his wife, Greta; parents, Al Poser of Stoddard, WI, and Patricia (Larry Hanson) Poser of Ferryville, WI; his sisters, Amy (Brian) McClellan of Stoddard, WI and Caitlin (Chad) Kuhn of Onalaska, WI; numerous loving aunts, uncles, and cousins; Greta's parents, Denise and Mike Bernatz; and his dog, Birk. Jason was preceded in death by his grandparents.
There will be a private service for immediate family followed by a fun celebration of Jason's life when it is safe to gather. Memories and condolences may be shared with the family online at www.hofffuneral.com or mailed to Hoff Funeral Home, c/o Jason Poser Family, 3480 Service Dr., Goodview, Minnesota, 55987.
In lieu of flowers, memorials may be given to the Wisconsin Land Information Association Foundation for student scholarships (https://www.wlia.org/about/wlia-foundation/). Hoff Celebration of Life Center, Goodview, is assisting the family with arrangements.