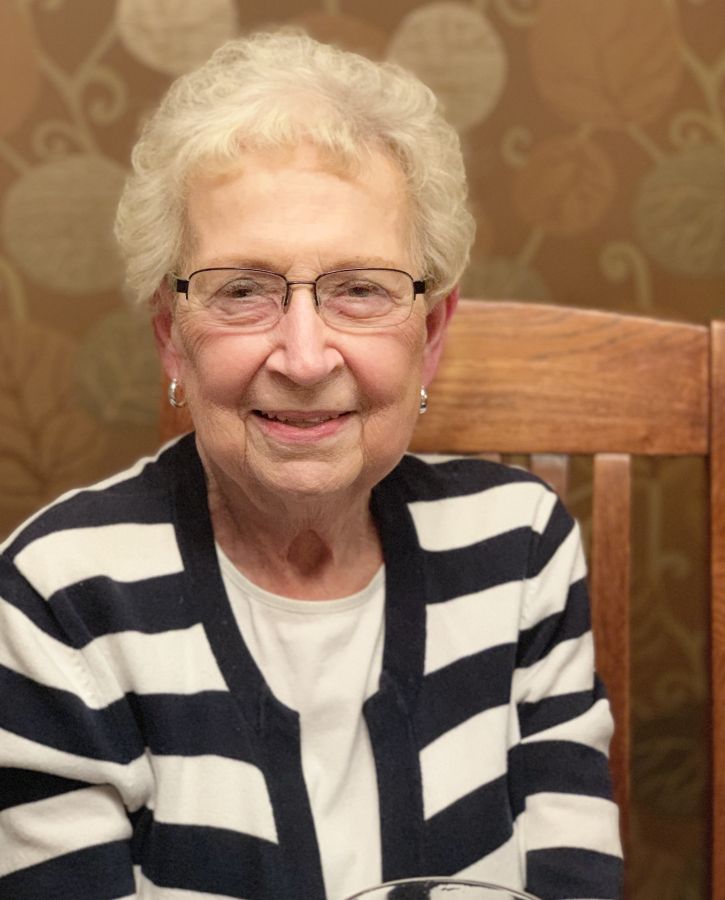 Janice Lee Jones, 82, of Winona, died peacefully, at home, with family by her side on Tuesday, Aug. 4, 2020. Jan was born Oct. 26, 1937 in Waterloo, Iowa to Donald and Lola (Olmstead) Wilson. On Sept. 23, 1960 she married Gordon Peterson and together they had two boys. They later divorced and Jan rekindled with her high school sweetheart, Leland Jones. On February 15, 1979 Jan and Lee got married and they enjoyed 41 years together.
Known for her soft-hearted kindness (and meticulous organizing skills), Jan was a beloved colleague at TRW, where she worked as a secretary assistant for more than 30 years, retiring in 2002. Jan lit up when talking about her boys, bragging about her grandkids or showing off her great-grandchildren. She had a servant's heart and was loyal to those she loved.
In retirement, Jan fostered her longtime love for animals and adopted a cat from the humane society. Her devotion to Jesus shone while volunteering at Pleasant Valley Church, where she and Lee had been members for many decades, always encouraging those on stage from their regularly occupied seats in the second row. At home you would most likely find the two of them sitting in their sunroom playing games, oftentimes joined by friends or grandchildren who were visiting.
Jan is survived by her husband, Lee; sons, Jeff (Robin) Peterson and Greg (Jennifer Guay) Peterson; stepchildren, Mark (Janet) Jones and Kirsten (Brian) Bechtold; grandchildren, Ashley (Josh) Erickson, Summer and Hannah Peterson; Nick and Emily Peterson; Brianna, Spencer, and Tanner Bechtold; step-grandchildren, Emma, Ethan and Quinn Jones; and great-grandchildren, Finley Erickson and Cameron Bechtold.
Jan was preceded in death by her parents and a brother, Dennis Wilson.
A private family service will be held. In lieu of flowers, memorials may be directed to the Winona County Humane Society. Hoff Celebration of Life Center, Goodview, is assisting the family.