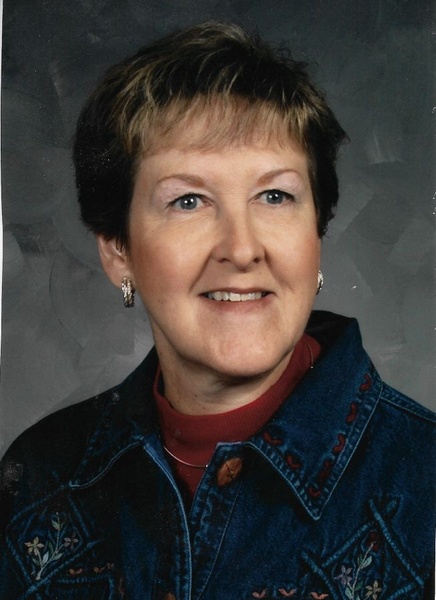 Janet Marie (Lewis) Burns, 75, formerly of Lewiston died Thursday, December 17, 2020 at Mayo Clinic Hospital St. Mary's Campus Rochester. Janet was born January 28, 1945 in Winona to Lawrence and Meta (Wollin) Lewis. Janet graduated from Lewiston High School where she met the love of her life, Pat Burns. Janet and Pat were married June 5, 1965 at St. Stanislaus Catholic Church in Winona. They made their home in Lewiston where they raised their three children. Janet had a passion for writing, with several published poems and short stories. For many years she wrote her column, 'From the Heart of Winona County', published in local newspapers. She was an involved member of St. Rose of Lima Catholic Church and several community activities. She was a bookkeeper for Burns Builders for many years and then later for M&M Lawn and Leisure. Janet loved the outdoors and spent time bird watching, picking wild flowers, hunting for treasures, and taking photographs. Janet and Pat enjoyed camping and traveling with family and friends. They spent many weekends at Money Creek camping with friends and their children. In later years, they spent weekends at their camping get away in Chetek, WI, where they made many new friends and memories. They also enjoyed casino trips with Janet's sister Mary and her husband Mose. Her home was often the gathering place for family and friends. She loved being with family and especially enjoyed time with her grandchildren. She will be remembered by her family for her goofy, fun loving sense of humor. Survivors include her children, Kelly (Michael) Burt of Rochester, Michael (Christie) Burns of Lewiston and Joel Burns of San Diego, CA, three grandchildren, Alyssa Rossin, Samuel Burns, and Alexandra Rossin, a step grandson, Jack Burt, two sisters, Mary Schumann of Rochester and Jean Connaughty of Eugene, OR. She was preceded in death by her husband Pat in 2014, a brother Ronnie Lewis and her parents. A Funeral Mass for Janet will be Tuesday, January 5, 2020 at St. Rose of Lima Catholic Church in Lewiston with the Reverend Will Thompson officiating. Burial will follow in the church cemetery. A visitation will be from 10 a.m. until time of services at the church. Please share a memory of Janet at her online guestbook and view her video tribute when it becomes available at www.hofffuneral.com. Hoff Funeral Service of Lewiston is assisting the family with arrangements. Memorial donations will be directed to Parkinsons research.