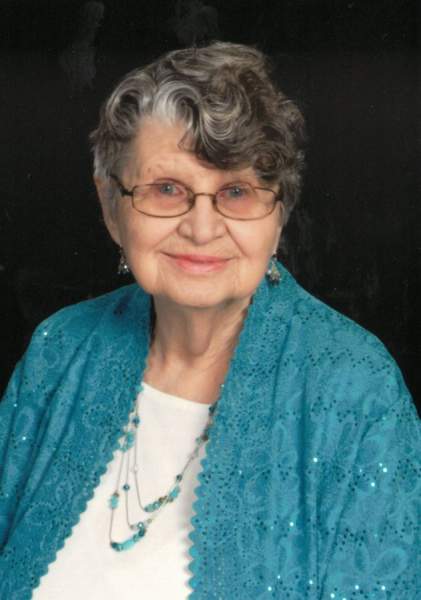 Jane Ann Raphael of Winona, passed peacefully in her sleep Monday, July 6, 2020 at Callista Court, Ava Maria Place, Winona, MN. She had been living there for the past two months.
Jane was born May 29, 1929 in Winona to Dorothy (Burbach) and Maurice Welch. She attended Cathedral School, graduating in 1947. She worked at the movie theater making popcorn and then various small restaurants in Winona over the years.
On June 18, 1947, Jane married the love of her life, Carl Julius Raphael. They raised their 5 beloved daughters and several pets over their 50 years together, until Carl passed in 1997. Camping and traveling were a huge part of their lives together. Belonging to camping clubs including "The Sugar Loafer's," "Coachmen's," and "The Lazy One's." Visiting all 50 states. Winters were spent in Texas, returning home after the snow was gone. In the years after Carl's passing, she continued to travel internationally. Visiting such places as Ireland and Europe.
Jane was very talented and crafty. Making clothing for herself and her daughters as well as crocheting and knitting for her children and grandchildren. She always kept busy with one craft or another and was always thinking of others. She baked and decorated many wedding and anniversary cakes for family and friends. In her later years she enjoyed knitted baby sweater sets (several hundred) and donating them to "Bundles of Love". A lifelong member of Cathedral, she often sent out birthday cards for the parishioners and helped at many of the church events. Even at the end she felt she needed to help her family make masks because of Covid.
She was best known for her big smile and wonderful hugs. The strength and courage she possessed got her through many trials and tribulations that came with raising her girls. She would tell anyone she met that after helping raise 4 little brothers she prayed for God to give her a little girl, quickly followed by "Be careful what you pray for!" She showed unconditional love and kindness to all. Jane touched so many lives and will be missed by all who had the good fortune to have known her.
Jane is survived by her 5 daughters, Chris Beirne (Rich), Cyndi (Charlie Heins) Spalding, Diane Urbick, Carla (Jerry) Bruss and Laurie (Dan Logan) Raphael; her brothers, Dale (Janett) Welch, Jim (Pat) Welch and Dick (Ellie) Welch; her sisters-in-law, Elizabeth Putz and Helen Raphael; 14 grandchildren, Bruce, Shelly, Charles, Sam, Michelle, Mark, Marie, MaryJo, McKayla, Tim, Ben, Nick, Adam and Allie; 18 great-grandchildren and 4 great-great-grandchildren; as well as many other family and friends-too many to mention by name but you all know how you are.
Preceded in death by her loving husband, Carl; both of her parents, Dorothy and Maurice as well as her parents by marriage, Margaret and Julius Raphael; granddaughter, Deena; her brother, Bob; brothers and sisters-in law, John, Anna, Louise, Joan and Peggy; and many other family and friends.
A Funeral Mass will be held at 6 p.m., Friday, July 10, 2020 at Cathedral of the Sacred Heart with Rev. Mark McNea officiating. Visitation will be from 4 p.m. until the time of Mass. A private family gathering at graveside, St. Mary's Cemetery will be held at a later date. Due to current conditions with the Covid virus all attendees will be required to wear a mask. Please leave a memory of Jane and view her video tribute when it becomes available at www.hofffuneral.com. Hoff Celebration of Life Center, Goodview, is assisting the family.