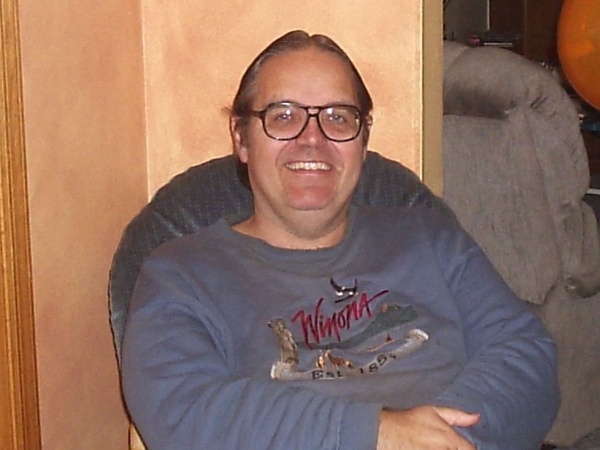 James William Smith, 67, of Winona, MN died July 21, 2020. Jim was Born Oct. 19, 1952 in Fort Campbell, KY.
Graduated 1971, Winona Senior High School; Graduated 1975, Winona State University with a Degree in Bachelors of Science.
He was enlisted in the U.S Army from 1975-1992. His last rank was Staff Sergeant.
He was also an Intelligence Voice Interceptor/Transcriber in Russian, German and Chinese for the National Security Agency.
After his time in service he was employed at TRW, Riverside Electronics, and Benchmark.
His hobbies were cartooning, reading, collecting comics, movies and gaming. He enjoyed going to the Minnesota State Fair Annually.
Jim was a familiar face at the local restaurants in Winona. He was a quiet, generous, intelligent man and enjoyed family gatherings.
We will miss his company and sense of humor.
He is survived by his mother, Barbara Modjeski of Winona; siblings David (Leigh) Smith of Mounds View; Jerry Modjeski of Lacrosse; Mary (John) Merchlewitz of Winona, Wayne Modjeski of Winona.
He is preceded in death by his stepfather, Gerald M. Modjeski.
A private family internment will be at the Minnesota State Veterans Cemetery in Preston, MN.
Cards of Sympathy for the family may be mailed to Hoff Celebration of Life Center, 3480 Service Drive, Winona, MN 55987