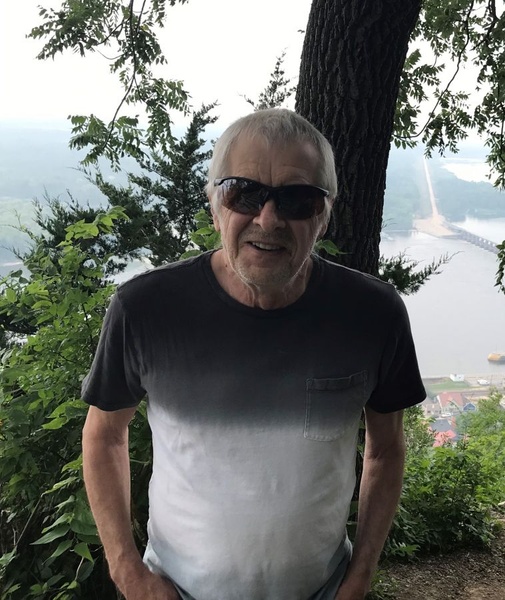 James R. Nascak, 70, of Winona, Minnesota died at his home surrounded by his loving family on Friday, February 11, 2022. James was born to Emil and Grace (Jakaitis) Nascak on Father's Day, June 17, 1951 in Waukegan, Illinois. His birth was announced at the Winona Chiefs game because his father, Emil was playing for the chiefs. He thought that was so cool.

James worked for Thern, Inc. in Winona, Minnesota for 42 years. He worked as a machinist, as well as a supervisor. James was proud to have machined winch components for lots of very high-profile projects during his career at Thern, Inc. One of the highlights of his career was being a part of the New Year's celebration in New York, where he made the winches for the New Year's Ball at Time's Square. He happily retired in December of 2013. After retirement he took on gardening. James always had a love for the outdoors and enjoyed the beauty of nature. James spent many hours in the garden and feeding the birds and squirrels in his backyard. In his younger years he would play baseball and football with his kids down by Lake Winona. James was a member of the Gold Prospectors Association of America. He loved gold panning. On family vacations he would always find the perfect spot to dig in the ground.

James is proceeded in death by his parents Emil and Grace (Jakaitis) Nascak.