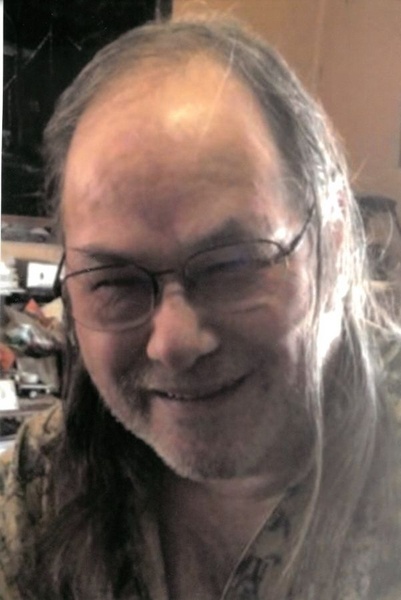 ST. CHARLES, MN - James "Jim" L. Ludwig, 60, of St. Charles, MN died on Saturday, March 6, 2021, at his home. Jim was born on December 14, 1960, in Rochester, MN to A. Leo and Marjorie (Boom) Ludwig. He was raised on the family farm and was a 1979 graduate of St. Charles High School. He married Paula Weis in 1986. Paula died in 1994. He married Julie Schlink in 1998. Jim worked at the Holiday Station in St. Charles, DNR in Lewiston, MN, Hubbard Turkey Plant in Altura, MN, Lakeside Foods in Plainview, MN, and Ferrara Candy Company in Winona, MN. He was a member of the Sons of the American Legion and the Deer Hunters Association. Jim enjoyed fishing, camping, riding his motorcycle and 4 wheeler, collecting trains, smurfs, chicken and owl figurines and especially spending time with his grandchildren.
Jim is survived by his wife, Julie; daughter, Amber Ludwig of St. Charles; two step sons: Jonathon and Sean Eckold both of Rochester; three grandchildren: Lyah, Bella and Enzo; four siblings: Bob (Lori) Ludwig of Rochester, MN, Frank (Rosemary) Ludwig of Eau Claire, WI, Jeanne (Bruce) Wilson of St. Charles, and Janet (Lance) LaDuke of Cochran, WI; sister-in-law, Bev Ludwig of St. Charles; and by numerous nieces and nephews.
He was preceded in death by his first wife, Paula; parents: Leo and Marjorie; and by a brother, Jerry.
There will be a private funeral service at 1:00 p.m. on Friday, March 12, 2021, at Hoff Funeral Service in St. Charles. A public visitation will be from 6:00 to 8:00 p.m. on Thursday at the funeral home. Social distancing and masks will be required for the visitation. Burial will be in the St. Aloysius Cemetery in Elba, MN.
Please leave a memory of Jim, sign his online guestbook and view his tribute video when is becomes available at www.hofffuneral.com