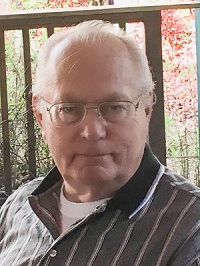 James "Jim" W. Seibert, 77, of Winona, MN passed away Friday, September 20, 2019, peacefully at his home with his family at his side.
Jim was born on December 30, 1941, in La Crosse, WI to Gilbert and Arlene (McKinstry) Seibert. He grew up in Winona and was a graduate of Winona Senior High School. Jim married Darlene Luhmann. To that marriage he had three daughters. They were later divorced. He married Jeannette Seibert. To that marriage he had four step-daughters, they were later divorced. Jim retired from Clark County School District of Las Vegas and moved back to Winona to enjoy spending time with family. In the years of his career he worked in print shops starting at the Winona Daily News and moved to Las Vegas working for a School District at Durango High School. He loved what he did and his work showed it especially at the High School and they were greatly appreciative of his work printing the programs needed for the school events. He was certainly missed once he retired. In his free time Jim enjoyed woodworking.
He was preceded in death by his parents Arlene (McKinstry) & Gilbert Seibert; sisters: Charlotte Kluzik & Ruthmary Seibert; brother, Jerrie Seibert; and a stepdaughter, Kim; He is survived by his daughters: Cheryl (Jeff) Will, Cindy (Don) Mueller both of Winona, and Candi (Jamie) Seibert-Flores of Phoenix; grandchildren: Cassie & Brodie Will, Danielle, Courtney & Phillip Mueller, Jacob Seebold, Albert & Andrew Flores; stepdaughters: Vicki (Russell) Matzke, Debi (Don) Henderson, and Jennie (Michael) Fontaine; brother, Jon Seibert & sister Susan (Rick) Miller; and many great grandchildren; nieces and nephews.
There will be a private family service prior to a 5 to 7 p.m. public celebration of Jim's life on Friday, September 27, 2019, at Hoff Celebration of Life Center in Goodview, MN.
To order memorial trees or send flowers to the family in memory of James "Jim" W. Seibert, please visit our flower store.