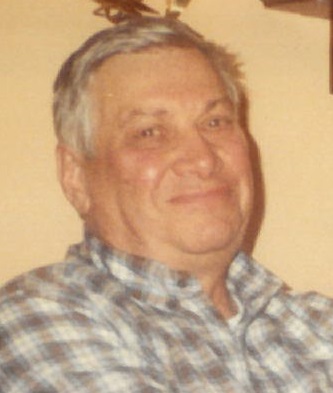 James "Jim" Grant, 90 of St. Charles, formerly of Dover, passed away on Wednesday, October 28, 2020 at Whitewater Health Services where he was a resident for a short time.
Jim was born November 28, 1929 in Winona to William "Bill" and Mildred (Herman) Grant. Jim attended the country schools of Clyde and Elmira and graduating from Dover High School in 1950.
In 1951, Jim entered the United States Air Force, serving on bases in Texas, California and Anchorage, AK before being honorably discharged in 1955. Following his discharge from the Air Force, Jim began his career at the Kahler Hotel in Rochester, retiring in 1992. He was a 64-year member of the St. Charles American Legion and longtime volunteer for the Dover Fire Department.
Jim is survived by sister-in-law, Ardeth Grant of Dover; three nieces, Sue Grant of Rochester, Kathy (Brian) Martin of Rochester and Peggy (John Plaisted) of Farmers Branch, TX; nephew, Mike (Janelle) Grant of Dover; two great-nieces, Allison (Stewart) Loucks of Plano TX and Emily Grant of Plainview; along with many cousins.
Jim was preceded in death by his parents and brother, Everett.
Memorial Service for Jim will be 11 a.m., Wednesday, November 4, 2020 at Hoff Funeral & Cremation Service - St. Charles led by Funeral Celebrant Jodi Heim. Visitation will be 10 a.m., until the time of the service. Jim will be laid to rest at the Minnesota State Veterans Cemetery - Preston immediately following the service. Please wear a mask and follow social distancing guidelines. Share a memory of Jim and sign his online guestbook at www.hofffuneral.com.