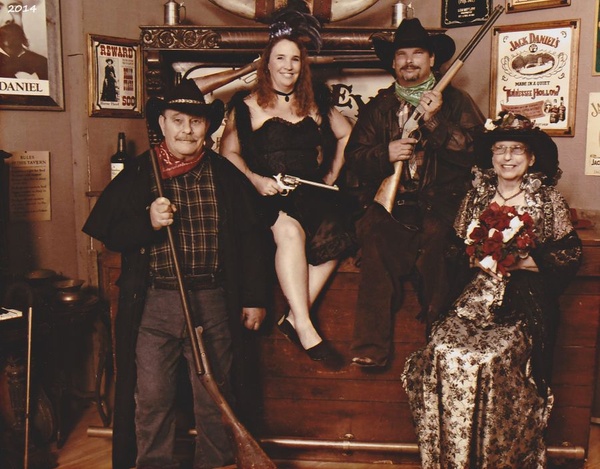 These are memories the family shared of Jim:

Softball was his most favorite sport and he played on various teams..His parents told me they NEVER missed a game...

Jim played ball until his body told him to take a break..so then he joined a bowling league until his knees told him to stop....THEN i had him to myself

Jim was a baker and made some mean donuts and pastry..he worked at Randalls until they closed and then went to Econo Foods until they closed..He finished off at Watkins Product and enjoyed it the most because of the products and all the new people he met..He always said they were so good to him...

My daughter autumn would take our family pet Gizmo over to see grandpa all the time. He would get his bowl of cereal and water then he would go sit up on dads lap with him and watch tv.

Jim and i were a twosome from ninth grade until November 9th 2020..we have been married for 53 years...we have 2 children. Shannon and Christopher...We are and will forever be a 4some...we have always been there for each other...our grandchildren have always been special and important 2 us as well as jims dog, Dusty...we all ended our visits and or phone calls with a hug and the saying "Love you,Love you too"

We always got the whole family together every christmas. Mom and dad always had something special planned. We had taken some family trips within the last 5 years that were the best times ever because we were all together!

We took some trips on our own towards retirement age ..then after we both retired we took more vac. time with our family...it was nice to be with them all..meal time and swim time and camp fire times were the best..The boys did a lot of grilling so the girls would do a little shopping....

Our Grandson Joshua and Jim would go to the races almost every friday..That was a very special time for the 2 of them...Our son was the one who kept his DAD up on technologies...At chrismas time a new item would appear under the tree and Chris would hook it up although seeing jim was older, he would need to call Chris when he thought it wasnt working and Chris would come over to check it out or over the phone. He was so good to his DAD..

Jim loved the PACKERS....TWINS....Problem is Chris was a Vikings fan ..it was all good!!!

He use to take my 2 oldest children at the time for a ride at least once a week in the car to kwik trip where he would let them get anything they wanted. As soon as my youngest 2 children were older he did the same. He was always there for his family no matter what! On one of the family vacations up at wis. Dells the boys had a campfire one night and grandpa decided to help make the tree in the yard of our cabin "grow" 6 feet. I also remember doing marshmallows over a fire in one of our more recent trips. He sat down helped the grandkids find sticks for the marshmallows and showed them how to make smores that night. The boys sat out by that fire for hours just relaxing and talking. I would see him riding by on a scooter at work or one of my co workers would let me know he was there so i would try to find him just to say hi and get my daddy "fix" for the day. My dad was there for all of us thru good and bad no matter how he felt that day. He always had ways of making me feel better with just a hug and kiss.

Shannon always had a way with her dad...She would call him "DADDY-O"...and give him a big hug and kiss...if he was upset or worried Shannon would always stop over to talk with him... She pretty much looked out for us and our well being...

Jim is survived by his wife, Mary; children, Shannon Stevenson and Christopher (Amber) Gunn; 8 grandchildren; 5 great-grandchildren; and brother, Tom (Roberta) Gunn. He was preceded in death by his parents; sister, Carol Morey. Per Jim's wishes, no services will be held at this time. Memories and online condolences for the family may be left at www.hofffuneral.com. Hoff Celebration of Life Center, Goodview, is assisting the family.