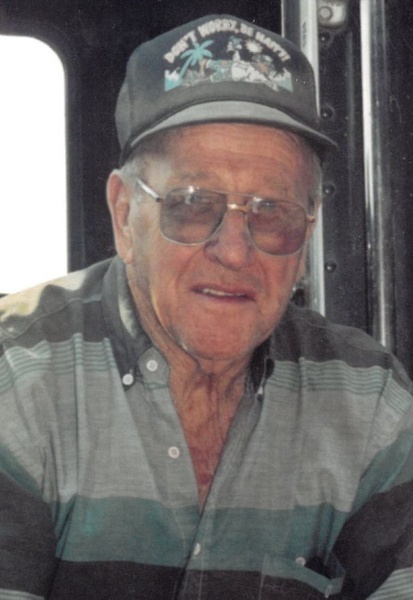 Herbert Francis Speltz, 98, of Rollingstone, died Tuesday, March 17, 2020 at Sugar Loaf Senior Living with family members present. Herb was born on November 24, 1921 (Thanksgiving Day) to Herb, Sr and Sophie (Lucas) Speltz in Rollingstone. He grew up attending Holy Trinity School where he met Kathleen Herber; they fell in love and said their vows on April 17, 1948. The newlyweds soon started their family of nine children and raised them with strong family values on their home farm. He enjoyed farming even well into his 80's, driving truck, running errands and doing anything that he was able to do...he didn't want to miss out on anything. He and Kathleen loved to go on road trips, many times not knowing their destination, unlike their honeymoon where their plan was to drive to California to visit Kate's brother (with $300 in their pocket). They took a detour to the Chicago area to visit Herb's sister and then on their way west. They realized when they were in the Colorado/Utah area that their money was dwindling faster than anticipated. They had to start heading home...what an adventure!! After Herb 'retired' from the farm, he and Kate spent time working in his woodshop, enjoyed casino trips on their own and several bus trips, their favorite being Calgary. After Kate passed away in 2007, and he retired from driving truck, etc., on the farm, he spent time working on his lawn and garden, watching his favorite Green Bay Packers and made time to spend with his family; he always had company and loved it! Herb was a member of Holy Trinity Catholic Church and its St Nicholas Society, a Mount Vernon Township fire warden, an Asgrow corn seed dealer, a Rollingstone Creamery board member, and a member of the Winona Elks Club.


Due to current restrictions, services will be held at a later date.