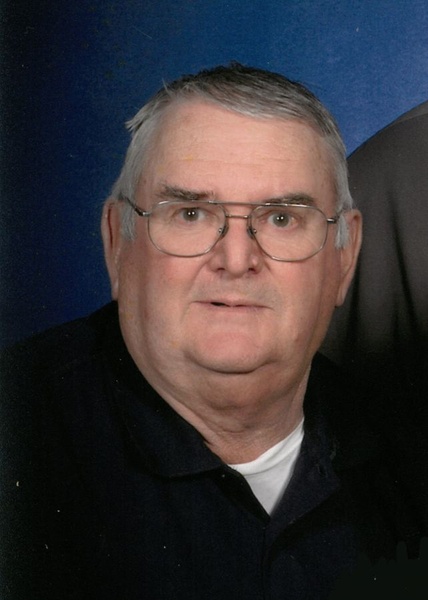 Henry Edward Lawston "Doc" was born January 15, 1943, at Dr. Johnson's Hospital in Lanesboro, Minnesota. The only child of Olney "Pat" Lawston and Della Nelson Lawston of Amherst Township and was named after his two grandfathers. Henry attended country school through 8th grade and then graduated from Canton High School in 1961. He attended the University of Minnesota for his DVM degree graduating in 1968. Henry and Harriet (Rice) Lawston were married on August 22, 1964. Gene Henry Lawston was born in 1969 and Kent Edward Lawston in 1972.
Henry joined the Caledonia Veterinary Service for one year before starting his practice in Lanesboro. His practice was both large and small animals. In 1987, Henry sold his business and began working for USDA in meat inspection. His last seven years of full-time inspection were in Marshall, MN. At age 71 he retired from full-time work and then worked the next five years as an intermittent inspector.
Survivors include his wife, Harriet of 57 years, sons Gene and Lisa (Nelson) Lawston, Rushford, MN; Kent Lawston, Burnsville, MN; and Gene and Lisa's children: Blake Henry and Kayla (Graham) Lawston, Canton, MN; Lauren Nicole Lawston and Jack Theodore Lawston of Rushford. Henry was preceded in death by his parents, grandparents, and his favorite dog, Hunter.
Over the years, Henry enjoyed more than 50 fishing trips to Canada. This tradition has been handed down to his sons and grandsons. He was an avid trap shooter with the Lanesboro Gun Club. Team #1 won many trophies and tournaments over the years. Henry enjoyed bowling, golfing, and all sorts of hunting. He looked forward to Deer Camp and spending time with the guys every hunting season. He was in charge of the bonfire; it never went out unless there was too much "King of the North." He loved gardening, but hated weeding. He loved cooking, but could not prepare a meal. In later years he enjoyed watching his grandchildren play sports and even attended a few concerts. Henry and Harriet enjoyed going out to dinner with friends and family and made many trips to Deadwood, South Dakota.
Henry passed away at Country Winds Manor in Cresco, Iowa on February 18 as a result of Alzheimer's and complications with diabetes. His celebration of life will be held on Friday, February 25, at Sons of Norway Lodge in Lanesboro, MN from 3:00-6:00 P.M. A private burial will be held. Memorial donations are suggested to the Lanesboro Gun Club, Gundersen Health Systems Foundation, or a charity of your choice.