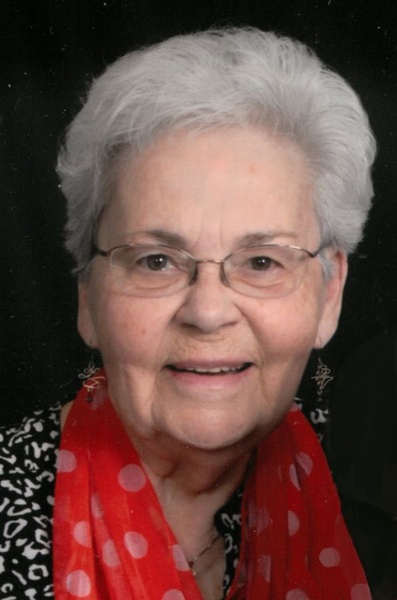 RUSHFORD, MN - Helen Harriet Mehus, 86, of Rushford, MN died on Monday, April 19, 2021, at the Good Shepherd Lutheran Home in Rushford.
Helen was born to Anhart and Ina (Hjelman) Hansen on February 21, 1935 in rural Blooming Prairie, MN. She was raised on a farm with her large family of 13 siblings and attended school in the country until she entered high school. She was a 1953 graduate of Blooming Prairie High School and upon graduating decided to continue her education at Dana College in Blair, NE from 1953-1955. It was there that she received her teaching degree, which allowed her to share her love of learning with students for many years to follow. Her education didn't end there, though, and in 1969 she received her bachelor's degree in education from Winona State University. Helen's kindhearted and patient teaching style touched the minds of many students in multiple different areas. Throughout her 31-year career, she taught in Grand Island, NE; Fairmont, MN; Kasson-Mantorville, MN; and most prominently, Houston, MN where she taught first grade at the elementary school for 25 years until she retired.
Although Helen was very dedicated to her work, she was most devoted to her family. On August 8, 1959, Helen was united in marriage with Virgil Mehus at a candlelight service in rural Blooming Prairie, MN. The two shared 61 years of marriage in which they raised two sons, vacationed regularly, and humbly served their communities. Helen was a member of Rushford Lutheran Church, the Ruth Circle, and was involved in many church activities. She enjoyed participating in the Federated Club, Red Hat Club, and the Eastern Star, and was also a volunteer for Winona Area Hospice and the Meals on Wheels program. After retirement, Helen and Virgil spent their winters in Texas. She found joy in hobbies such as knitting, hardanger and birding. Family gatherings were always a priority to Helen as she seldom missed the annual sister's day, summer family picnics on her childhood farm and many other family celebrations.
Helen is survived by two sons: Noel (Sue) Mehus of Eagan, MN and Kevin (Marsha) Mehus of Winona, MN; four grandchildren: Brooke, Kelsey, Courtney and Kira; one great-grandchild, Mason; nine siblings: Robert (Judy) Hansen, Carol Wright, Marie Seykora, Eileen Peterson, Karen Freiheit, Jim (Pat) Hansen, Judy (Dave) Livingston, Gary (Lou) Hansen and Terry (Robin) Hansen; a brother-in-law, Dale Anderson; and by many nieces, nephews and cousins.
She was preceded in death by her parents; husband; and three siblings: Axel, Jeannette, and Ann.
There will be a funeral service for Helen at 11:00 a.m. on Monday, April 26, 2021, at Rushford Lutheran Church with the Reverend Steve Chellew officiating. Visitation will be one hour prior to the service at the church, and burial will be in the Rushford Lutheran Cemetery. If you are unable to attend in person, the service will be available to view online on the Rushford Lutheran Church YouTube Channel.
The family prefers memorials directed to Rushford Lutheran Church.
Please leave a memory of Helen and sign her online guestbook at www.hofffuneral.com