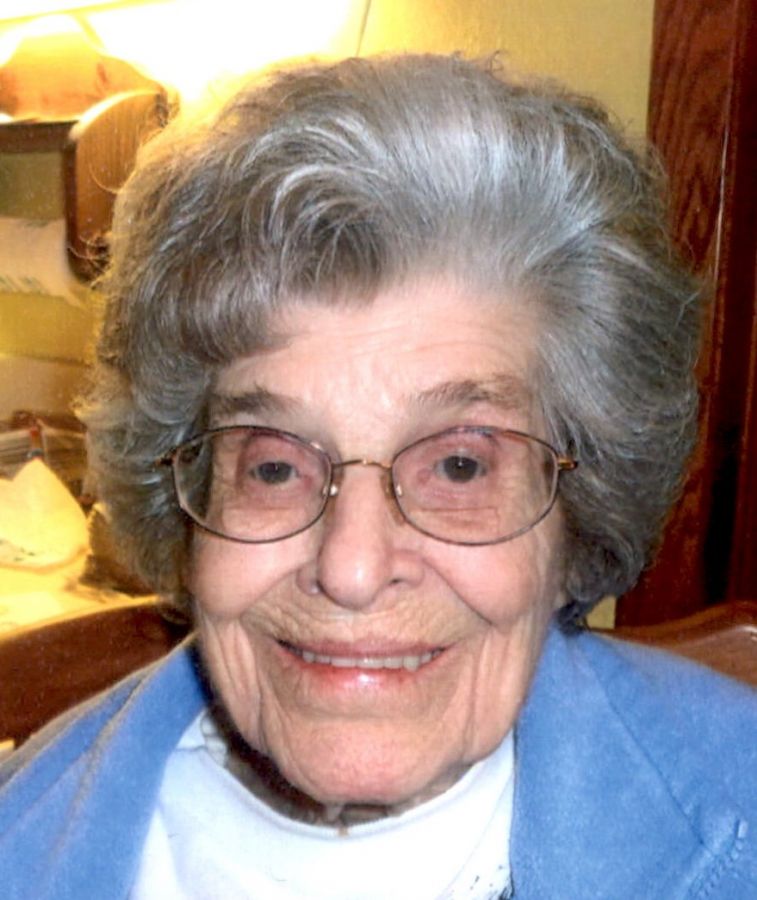 It is with the Greatest Sadness and Broken Heart to announce the Passing of My Dear Mother Helen Chadwick. She passed peacefully on 1-17-2020 at the age of 99 years. Born 11-16-1920 in Jennerstown, PA. Helen was an accomplished Pianist and played the Cello. She enlisted into the U.S. Navy during WWII and worked in a Top Secret Position for Naval Intelligence in Washington, D.C.; all we knew was that she was a cryptologist; she refused to divulge any more, as she was sworn to secrecy for her entire life. This oath she held sacred and took to the grave. Mother was a True Patriot of the United States! In the past 25 years several detailed books were written about the U.S. Navy and their British counterparts breaking the German Enigma code and helping to end WWII. As a child all my friends thought that it was really cool that Mother had served in the U.S. Navy, even though she would not speak of the work that she did; true to her oath of silence. It wasn't until I researched Naval history and showed her books with pictures of her duty station in Washington, D.C. and the Bombes (Giant Computers) that she worked with (70 years after the war) did she feel that it was okay to give out a little information about her service. She stated that she did in fact decode German U-Boat messages, but still never said more than that. She felt to say anymore would betray the oath that she swore to her country. Mom was from a very patriotic military family. Her brother George had a 30-year career was a Colonel in the U.S. Air Force. Her younger brother Earl was a U.S. Army Paratrooper during Korea and her youngest brother Karl retired as a U.S. Navy Commander. During WWII, while mother was serving in Washington, D.C. she met a U.S. Navy Pharmacist Mate at the Pepsi Center n D.C. who was on his way to fight in the South Pacific with the Navy-Marine Assault Forces. They corresponded by mail and decided that if he came home alive they would consider marriage. When the war was over Dad came home and asked this young Navy Wave to come out to Minnesota and see how she would like it. Mom started college at Gustavus Adolphus in St. Peter, MN on the G.I. Bill, and then went on to Bethesda Hospital School of Nursing in St. Paul, MN. They married in June of 1948 and took a 10-day Honeymoon canoe trip in the Boundary Waters Canoe Area.
They bought their first house in 1957 in the Como Park area of St. Paul. Dad was a Funeral Director for 15 years, and then made a career change as a Sales Rep for a casket company. During this time Mother decided to be a stay-at-home mother and housewife. Part of Dad's sales territory took in the lower part of the State of Minnesota. He fell in love with the hills and woods of this area. After 12 years of looking for the right piece of property, they finally found what they were searching for. They moved to a rental house in Rushford. They built their home in the woods of Arendahl and moved in 1972, doing the limestone work themselves and all of the exterior limestone from grade to fasacia; stone by stone as a team. Mother lived here for 49 years. They had 70 great years of marriage and felt like they were on vacation everyday in the hardwood forest of Minnesota. Mom and Dad were both avid Downhill and XC skiers and spent many winters skiing Aspen, Colorado, which they both loved so much! For many years they operated an Organic Strawberry and Honey business on their farm, and were active Birder's. They were active as Traditional Episcopalians at Emmanuel Church in Rushford. Mother was a Life Member of the U.S Naval Cryptologic Veterans Association, of which she was very proud. Mother was preceded in death by her Devoted and Loving Husband of 70 years Leroy "Chad" Chadwick, her mother, Elizabeth Friedline of Rushford, MN, brother, George Friedline of Alexandria, VA, and a brother, Earl Friedline of Rochester, MN. She is survived by son, Philip (fiancé - Ingrid) of Peterson, MN, brother Karl Friedline of La Crosse, WI, several nieces and nephews, and many lifelong friends. Mom will be remembered for being the Best Mother any son could ever hope for, her great sense of humor, her kindness and compassion for others, her Honor, Integrity, Deep Values, her absolute devotion to God, her Country, and her Family. As their son it has been my Distinct Privilege and Honor for the past four years to be my parent's caregiver in order to keep them in their home that they Loved so very much. I was blessed to be born to these two Dear Precious Souls, and always observe the tremendous love and respect that they had for each other. Mother was Dad's "Big Kitty". If you look up Soulmates in the dictionary it will say "see Helen and Chad". So, we now say goodbye to another Member of "The Greatest Generation." Thank you both for giving me the necessary tools in my toolbox to face life's challenges. God, I miss you both so Very Much!! So, until we meet again; Mom please invent some new jokes. Your Devoted and Loving son. Memorial Services will resceduled for a later date, due to the COVID 19 restrictions. Burial will be at Ft. Snelling National Cemetery. Memorials are preferred to Mayo Clinic Hospice.