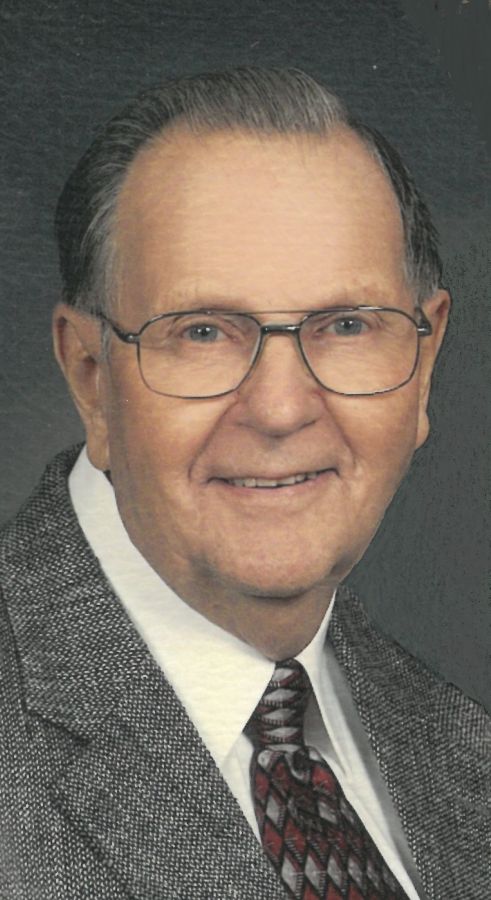 RUSHFORD, MN - Harvey O. Klungtvedt, 88, of Rushford, MN died on Tuesday, September 24, 2019, at Gundersen Health System in La Crosse, WI.
Harvey was born on December 13, 1930, in Rushford, MN to Helmer and Olga (Vogen) Klungtvedt. He was raised in the Rushford area and lived on various farms in the area. Harvey was a 1948 graduate of Rushford High School. On October 22, 1955, he was united in marriage with Betty Nowlan. He farmed in the Rushford area until 1981. After farming he worked at Crown Auto in Winona. Harvey was a member of Trinity Fellowship ELCA Church in Rushford. He loved music, tinkering, building things, and his dogs. Harvey was a man with a matter of principle. If you said it, you did it.
He is survived by his wife, Betty; two sons: Randy and Scot Klungtvedt, both of Winona, MN; four grandchildren: Mike (Jamie), Mark, Alicia, and Christopher Klungtvedt; two great-grandchildren: Tre and Jada; a great-great-grandchild, Serenity; and by a sister, Verna Shaddrick of Mesa, AZ; He was preceded in death by two brothers: Orrin and Alton.
There will be a funeral service for Harvey at 2:00 p.m. on Monday, September 30, 2019, at Hoff Funeral and Cremation Service in Rushford. Burial will be in the Rushford Lutheran Cemetery. Visitation will be from 1:00 p.m. until the time of the service on Monday at the funeral home.
The family prefers memorials directed to Bremmer Suites in Rushford.