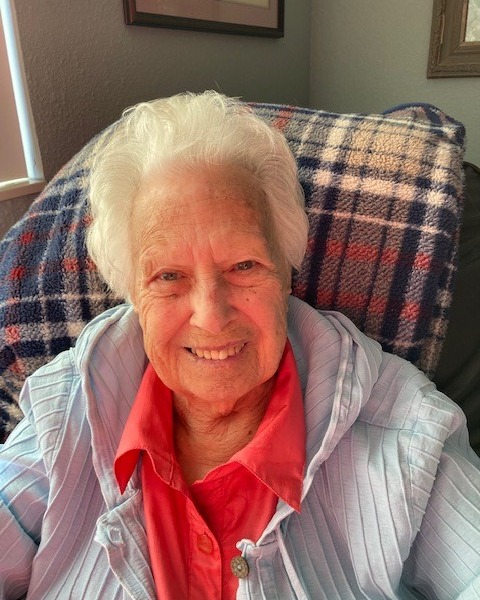 Grace A. Nelson, 91, of Houston, MN died on Tuesday, March 15, 2022, at Claddagh Senior Living in Caledonia, MN.
Grace Alice Bienhoff was born to Ralph and Ingrid (Ringstead) Bienhoff on September 23, 1930 in St. Paul, MN. Grace graduated from Humbolt High School in 1948, then attended the University of Minnesota majoring in home economics. She met Lowell Nelson at an Intervarsity Christian Fellowship meeting at the university and they were married in St. Paul on October 13, 1951. They began married life on the Spring Dell Farm in Sheldon valley where Lowell operated a dairy farm with his father.
When a farm accident curtailed Lowell's ability to do farming, he began Nelson Feed Store in nearby Houston, MN. The family moved to Houston in 1959, and Grace began to do the bookkeeping for the fledgling business while raising a family. Lowell and Grace were always a team. Active in the Houston Baptist Church, Lowell directed the choir while Grace accompanied on piano and organ. Grace taught Sunday School, organized many events, and catered numerous church celebrations. She was both meticulous and creative - every project she took on was completed well and with a flair.
After the feed store was sold in the 1970's, Grace became the bookkeeper for Loerch Implement in Houston until her retirement. They moved back to the family farm where they lived until Lowell's death in 2013. Grace lived the last three years of her life at Claddagh Senior Care in Caledonia, MN until she went Home to be with her Lord on March 15, 2022.
Grace was preceded in death by her parents and three sisters: Dorothy Pierce (St. Paul, MN); Ruth Brauer (Oakford, IL); and Joan Ludwig (Denver, CO). She is survived by her children, Daniel Nelson (Nancy), Hugo, MN; Dallas Nelson (Karla), Houston, MN; and Deborah Paulson (Jim), Caledonia, MN. She is also survived by eight grandchildren and twelve great-grandchildren: Jessica Moore (Brian); Karl Nelson (Anna) and their children, Eli, Maddie and Josiah; Julie Lilley (Chris) and their children, Michaela and Gideon; Nathan Nelson (Niki) and their children, Lucas, Nolan and Eliana; Marc Nelson and his son, Samuel; Lynn Nelson; Rebecca Paulson; and Ben Paulson (Emily) and their children, Malachi, Selah, and Azariah.
There will be a visitation for Grace from 3 to 5:30 p.m. on Friday, March 18, 2022, at Hoff Funeral Home in Houston. A graveside service will follow at Swede Bottom Cemetery in Houston, MN at 6:00 p.m. The family prefers memorials directed to Houston Baptist Church or Swede Bottom Cemetery.