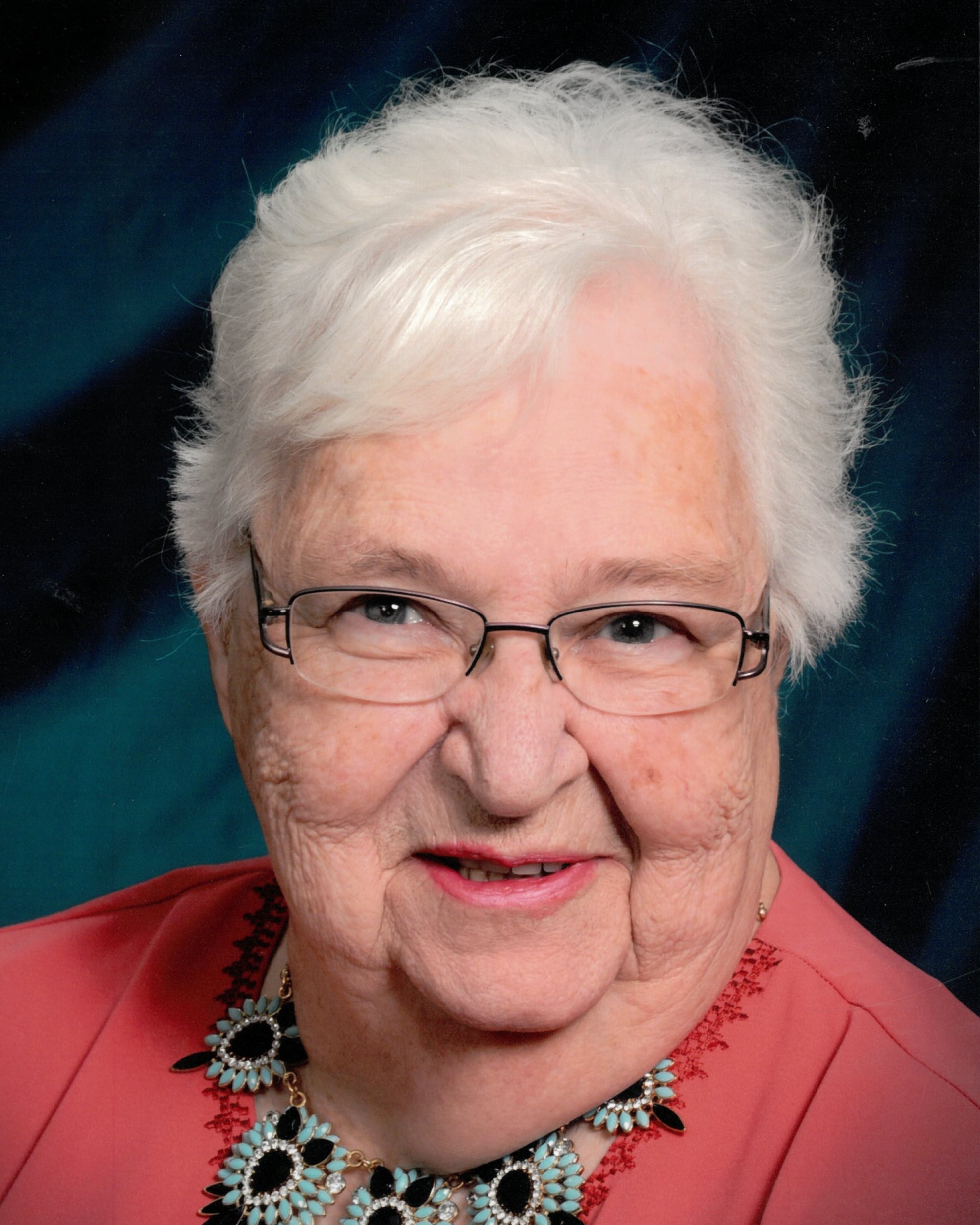 Gloria C. Weldon, 86, of St. Charles died Wednesday, December 14, 2022 at Seasons Hospice in Rochester.  Gloria was born September 29, 1936 on the family farm in Hanska, MN to Helmer and Josephine (Olson) Nundahl.  She graduated from Hanska High School in 1955 as class Valedictorian.  She went on to graduate from Union Hospital School of Nursing as a Licensed Practical Nurse.  She worked as a nurse for a number of years in New Ulm, Madelia, and St. Mary’s Hospital in Rochester.  After retiring from nursing she dabbled in condo and office management in the Twin Cities and Rochester for a few more years. On October 9, 1957 Gloria and Paul Weldon were married at St. Mary’s Parish House in New Ulm.  They lived in several places before moving to Utica in 1968, raising their six children there.  She greatly enjoyed becoming a grandmother and surrounding herself with her grandchildren and great-grandchildren.

Gloria belonged to the St. Charles American Legion Auxiliary Post #190, serving as President, President of Parley and Historian. She was also a Girl Scout assistant leader, and attendance leader of both the Boy and Girl Scouts.  She was a member of St. Charles Borromeo Catholic Church and shared her crocheting skills by creating a large variety of prayer shawls. She enjoyed reading, crocheting, working puzzles, collecting salt & pepper shakers, and especially dancing the polka.

Survivors include four children, Susanne (Leonard) Clark of Eagan; Barbara (Thomas) Hoffecker of Washington D.C; Ronald Weldon of Titusville, FL; and Patricia (Scott) Solheim of Minnesota City, grandchildren; Dominicia Weldon, Morgan Weldon, Sheri (Brian) Beaupre, Angela Nelson, and Melissa (Dan) Hicks, great-grandchildren, Kenna, Dario, Remi, Taten, Elliot, Delilah, Beckett, Chasity, Chase, Dakota, Ali, Dylan, Shayla, and Mishon.  Also several close nephews, nieces and friends. She was preceded in death by her husband, Paul in 2008, a son, James Michael, daughter, Kathleen Rose, and her brother, Harvey Nundahl.  A Funeral Mass for Gloria will be 11 a.m. Saturday, December 31, 2022 at St. Charles Borromeo Catholic Church with the Reverend Tim Biren officiating.  Burial will be in Calvary Cemetery at a later date.  A visitation will be from 10 – 11 a.m. at the church on the day of the service. A big thank you to Seasons Hospice and Whitewater Health Services for their heartfelt care, and a special thanks to Hoff Funeral Service for their wonderful support. Hoff Funeral Service of St. Charles is assisting the family with arrangements.  www.hofffuneral.com.