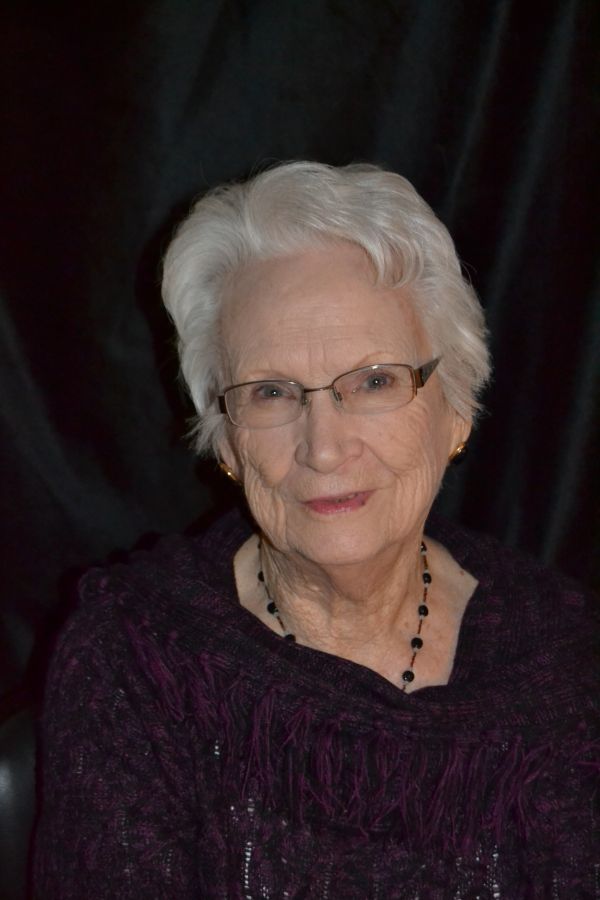 Gloria McNamer Gibbs, 95, passed away peacefully on Saturday, May 2, 2020 at Lake Winona Manor.
Gloria was born Dec.26, 1924 to Beatrice (Burr) and Carl Peterson.
Gloria married Herbert (MAC) McNamer in Sept. of 1942. They were blessed with four children. Living and farming with their family near Ridgeway was their Life until MAC passed just after their 35th Anniversary on Nov. 9, 1977.
Gloria eventually moved to Winona where she met Grant Gibbs. They married on July 4th, 1981. They shared 19 years together, traveling, making their winter home in Az. And enjoying their retirement. Grant passed away in the year 2000.
Gloria was a farm girl at heart. She could work the field and prepare a delicious meal with equal skill. Always on the move and steps ahead of whomever she was with. Cross stitch and reading became her passion in later years.
Family was always first, she didn't miss a Birthday or a family event. From their four children she found herself with 31 great-grands to love and enjoy, to 14 great-great-grands.
Her love of travel took her to many places in and out of the country. Travel companions most often were her dear cousins, Vi and Cali. With those three there was always a game of "zilch" on the table. We suspect there are games of cards, zilch, and some dancing going on right now where she is.
Gloria is preceded in death by her husbands, MAC and Grant; grandson, Steven McNamer; parents; two brothers, Leighton and Curtis Peterson; and cousin, Vi Nyseth McDonald.
Survivors include her children, Stanley McNamer of Florida, Judy (Gerald) Nation of Illinois, Dale (Diane) McNamer of Minnesota, and James (Barbara) McNamer of Minnesota; grandchildren, Michell, Brian, and Pamela Nation, David, Traci, and Lori McNamer, Jeff and Gwen McNamer, and Jay, Carrie, Jesse and McNamer; 31 great-grands, 14 great-great-grands; her dear cousin, Cali and Larry; and super good friends, Maxine, and Dixie and Jim.
A HUGE THANK YOU to the staff of Adith Miller Manor, staff of Lake Winona Manor, The Winona Health Hospice Service, and Dr. Forsyth for all the amazing care she received while there. Memorial donations may be made in Gloria's name to the Adith Miller Manor, 885 Mankato Drive, Winona, MN 55987.
Please leave a memory of Gloria and sign her online guestbook at www.hofffuneral.com. Hoff Celebration of Life Center, Goodview, is assisting the family.