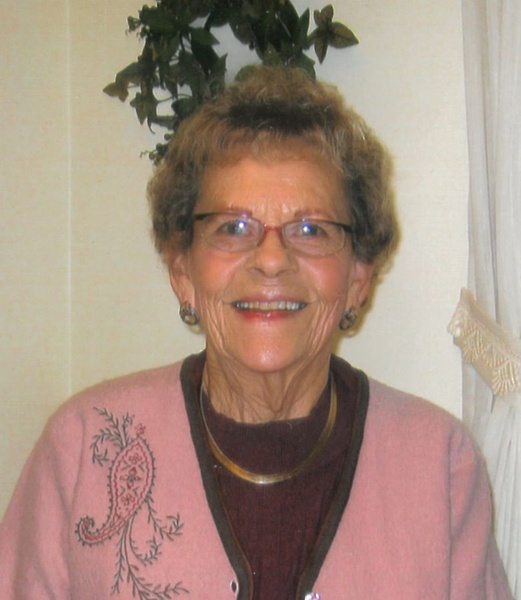 Gladys Ione (Larson) Mrachek, 86, passed away peacefully and transitioned into her new role as our guardian angel on November 10, 2020.
Gladys was born on October 6, 1934 to Nels and Inger (Quamen) Larson on a farm just outside Peterson, Minnesota. In her younger years she loved skating and dancing and became quite the accomplished ice skater. In fact, people would often comment that she could skate circles around any of her friends. Gladys graduated from Peterson High School in 1952 where she was well known for and voted best dresser and keeper of the nicest fingernails, a lore which she carried throughout the rest of her life.
After graduating from Peterson High School, Gladys was employed at St. Mary's Hospital in Rochester, Minnesota and as a nanny for multiple families including the Ernest L. King Jr. Family, owners of Watkin's Products in Winona. Considered a natural beauty by her peers, after moving to Winona, Gladys was selected to be an attendant in the 1956 Winona Winter Carnival.
While employed at the locally famous Oaks Supper Club in Minnesota City, she met her husband, Edward Frank Mrachek, and they were married on September 1, 1956 in Peterson, Minnesota. In her early years of marriage, Gladys was busy raising her family as a fulltime homemaker, volunteering as a room mother and Girl Scout leader. Later Gladys was employed at several clothing stores in the area.
After the passing of her husband Eddie in 1980, Gladys quickly and successfully adjusted to and embraced single life becoming very independent and self-sufficient while working at Saint Mary's University, and later as an in-home caregiver to the late Budd Ulrich.
Gladys was easy going and made many good friends in Winona and the surrounding area. She loved to work in her garden and travel to new places. All who knew Gladys would tell you she will be greatly remembered for her stylish flair, quick wit, attention to detail, timeless wisdom, all while being a perfectionist with her home and yard. She embraced family get-togethers and especially looked forward to traveling during the holidays every year for the past 40 years to her daughter and son-in-law's home in southern California. Despite being frequently encouraged by her daughter and son-in-law to move to California, Gladys really loved Minnesota and was grateful and happy to remain there her entire life.
Gladys is survived by her daughter, Patricia (Frank) Caraglio of Carlsbad, California; two grandchildren, Angela (Austin) Faringhy of Vista, California and Michael Caraglio of San Diego, California; step-daughter Cheryl Meloche and family of Prescott Valley, Arizona; two sisters, Alice (Darold) Sievers of Rushford, Minnesota and Arlene Grimes of Peterson, Minnesota; and many nieces, nephews, great-nieces and great-nephews.
Gladys was preceded in death by her parents; husband Edward; sister Marian and brother-in-law Melvin Nordgaard; brother Norman and sister-in-law Lois Larson; and brother-in-law Robert Grimes.
The family would like to recognize Gladys' longtime friend Brenda Rohn of Winona and special caregiver Connie Chadbourn, and the staff of Saint Anne Extended Care, all of whom provided their compassionate care and kindness to Gladys when it was most needed.
In accordance with Gladys' wishes, no services will be held. Cards may be sent to Hoff Funeral Home C/O Gladys Mrachek Family, 3480 Service Drive, Goodview, Minnesota, 55987. Memories and online condolences may be left for the family at www.hofffuneral.com.

Gladys will remain dearly loved and treasured forever by her family and many friends whose life she touched. She will forever be remembered as our hero and the icon she is.
Mom, Grandma, Sister, Friend. We Love You Gladys!