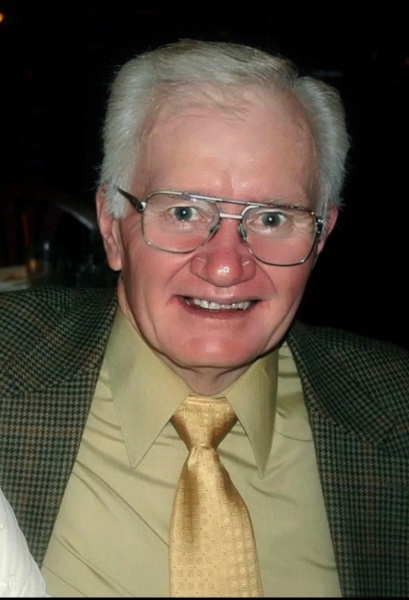 On March 21, 1970, George was united in marriage to Patricia Ann (Sizemore). They were married for 52 years.  George attended school in Kenosha and was a 1964 graduate of Mary D. Bradford High School. While in high school, George participated in football, (earning All Big 8 Conference Honors) and baseball.  George was inducted into the Kenosha High School Sports Hall of Fame in 2013.

George attended Winona State University graduating in 1971 with a degree in Physical Education & Health and a Coaching Certificate. While at WSU he played football and baseball. George led the Warriors to a NIC football title in 1964 and a conference crown in baseball in 1965.   In 2012 George was inducted into the Winona State University Sports Hall of Fame.

In 1966, George enlisted in the Army serving two tours of duty in Vietnam with MACV Team 42 and Team 27 Military Assistance Command Vietnam as a Radio Operator. George was awarded the Purple Heart, Bronze Star, Combat Infantry Badge, National Defense Medal, Vietnam Service Medal with one Silver Star and one Bronze Service Star, Republic of Vietnam Gallantry Cross with Palm Unit Citation Badge, and the Vietnam Campaign Medal for his military service. George was a member of the Veterans of Foreign Wars Post #1287 and the Winona Purple Heart Chapter #5555. He was very proud of the installation of the Purple Heart Monument placed at the Veterans Memorial Park in Winona.

George later attended Mankato State University earning his Special Education Degree. He had a 34-year career teaching Special Education and Coaching many sports in Austin Minnesota Public Schools and in the community.

George and his wife were fortunate to winter for 14 years in S.W. Florida. They also traveled to England, Ireland, Canada, and numerous states in the US. He was an avid golfer at the courses in Austin & Winona and was always competitive. In 2017, George was honored by the Minnesota Vikings as a “Hometown Hero”  The half time presentation was a highlight in his life..

A visitation will be held on Monday, May 16th from 4-7pm at the Hoff Celebration of Life Center, Goodview, MN.  Memorial Service will be 11 a.m., Tuesday, May 17, 2022 at Central Lutheran Church with the Reverend Michael Short officiating with visitation beginning at 10 a.m.  Immediately following the service there will a Celebration of George’s Life at the River City Grill, Winona.

George will be laid to rest on his birthday, June 8th at Fort Snelling National Cemetery, Minneapolis.  The family requests anyone wishing to make a donation in George’s name to donate to the Winona Area Hospice.

George had a wonderful life-long community of friends who were there for him through thick and thin. His family is forever grateful to everyone for their steadfast friendship. We will forever miss his wonderful smile and great sense of humor.