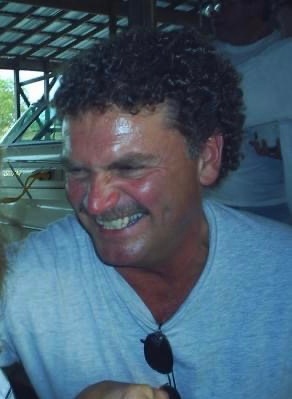 Gary Paul Satka passed away unexpectedly on Friday March 11, 2022, at his home in Winona, MN.


Gary was born in Winona, MN on November 1, 1952, to Clarence (Bud) and Laura (Ciancio) Satka. He has one brother, Steve Satka, of McAllen, TX, and a sister, Debbie (David) Pfremmer of Charlottesville, VA.


Gary married Lynn (Tipton) Carlson in 1979. Though they later divorced, they have three daughters together: Meg Satka of Richmond, VA, Laura (Lee) Gettler of Granger, IN, and Caylee Satka of Minneapolis, MN. Gary also has three special grandchildren: Leif and Rowan Gettler and his best pal and hero, Matthew Satka of Seattle, WA.


Gary attended St. Mary's grade school and graduated from Winona Senior High School in 1971. He studied biology at the University of Minnesota. After college, Gary had many adventures on the king crab fishing boats in Alaska. He worked at Bay State Milling for most of his career.
Gary loved to have a few Special Export beers with his friends and watch any and all sports. His family often teased him that if they had 8th grade volleyball on ESPN he would watch it. His favorite team was the Minnesota Vikings and he especially loved it when they beat the Packers and Brett Favre.


Gary loved to cook and eat great food. He prided himself on his world class oyster stew. His favorite thing to do was go fishing with his grandson Matt. Gary was very proud of all his children and grandchildren and loved to boast about their accomplishments. He was a longtime member of the Winona Family YMCA. Even after Gary's life-changing accident in 2008, he enjoyed going to the Y as often as he could to work out and talk to his friends there. He had many challenges since his accident, but he always had a positive attitude and strived to lead a fulfilling life.
Gary was preceded in death by both his parents.


Gary's family would like to sincerely thank the staff at Golden Hills (Cardinal Homes) for taking such good care of Gary while he lived there. He particularly enjoyed playing a rousing game of Pass the Pigs late into the evening with staff. He very much appreciated Jordan taking him to the Y and their wonderful companionship. The family would also like to thank his guardians at Catholic Charities, TBI of Duluth and the Kenroy House staff, and all the wonderful nurses, doctors, and medical professionals that helped Gary over the years following his brain injury. A special thank you to Gary's long time friend Tom Reed for always including Gary in special outings around town and his endless kindness and compassion. Gary sure was lucky to have you in his life.

Please join us in celebrating Gary on Wednesday March 16th at Cathedral Church in Winona. Visitation will begin at 1pm, with a mass at 2pm. Burial at Woodlawn Cemetery will follow. If you're inclined, the family requests that in lieu of flowers, memorial cards be sent to Hoff Funeral Home in Winona addressed to the family of Gary Satka.

There will be a time of fellowship and gathering following the burial at The American Legion Post 9 at 302 E Sarnia Street, Winona, MN 55987.