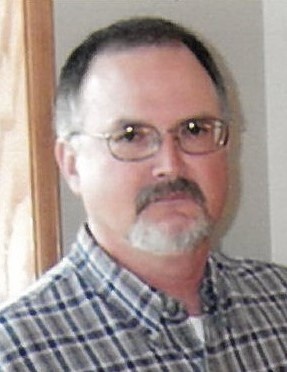 Gary Sanders, 68, of Utica died Wednesday evening at his home, with his family by his side after a courageous battle against cancer. Gary was born July 15, 1953, in Winona to Richard and Elaine (Ihrke) Sanders, the oldest of seven children. He graduated from St. Charles High School in 1971. He served in the United States Army from 1972 - 1975, stationed in Germany and Kansas. Gary and Marilyn Walch were married November 13, 1976, in Altura, and made their home in Utica. Following his discharge from the Army, Gary worked for King Lumber for a short time. He went on to work for Culligan Water Conditioning, retiring after 35 years of service. In his retirement Gary worked for Active Tool in St. Charles.
Gary was a sports fanatic, following the Minnesota Twins and Green Bay Packers, talking baseball, coaching little league, and golfing were important parts of his life. Gary loved his family and lived for spending time with his grandkids, attending their events and games. He served with pride as the mayor of Utica since 2013, and the city council for many years. He belonged to the Lewiston Church of the Brethren, having served on the church board.
Gary was known for his sense of humor. He loved to give and receive verbal jabs and jokes.
Survivors include his wife Marilyn, three children, Scott (Jill) of Chaska, Sarah (Brad) of Des Moines, and Shawn of Eden Prairie, grandchildren, Peyton, Brayden, Kennedy, Cooper, and Savannah; six siblings, Dean (Donna), Sue Christie, and Jim of St. Charles, Kay (Mike) Billings of Story City, IA, Mike (Sue) of Eyota, and Jan (Kit) Sackreiter of Plainview. He is further survived by a sister-in-law, Theresa of Toronto, CA. Gary was preceded in death by his parents, Dick, and Elaine, two brothers-in-law, Bruce Christie, and Clay DeVries.
Funeral services will be 11 a.m. Monday, February 7, 2022, at the Lewiston Church of the Brethren with Pastors Gordon Hoffert and Michael Fredrickson presiding. A visitation will be from 3-7 p.m. Sunday at Hoff Funeral Service in St. Charles, and from 10 - 11 a.m. Monday at the church. Burial will take place in the spring at Minnesota State Veterans Cemetery in Preston. www.hofffuneral.com