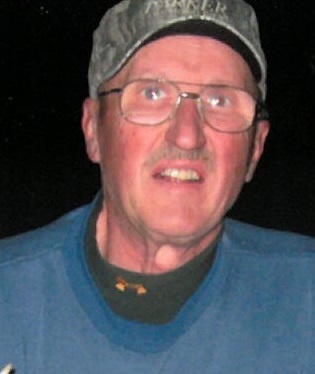 Gary George Bauer, 82 of rural Altura, died unexpectedly, Saturday, January 23, 2021.
Gary was born October 30, 1938 in La Crosse to Victor and Mary (Nagle) Bauer. He attended Cotter Schools and enlisted in the United States Army and Air Force. Gary married Nancy Hock in 1959 and they were stationed in England. They had three children, David, Mike, and Deborah and later divorced.
Gary worked at Winona Plumbing for a short time and then Shueler/Brock Candy Co. for many years. He worked with many wonderful people and made lifelong friendships while working there.
Gary enjoyed fast pitch softball in his younger years. He was an avid outdoors man who enjoyed waterfowl hunting, pheasant hunting, bow hunting and trout fishing. Through the years, he took several hunting and fishing trips with his good friends. Gary was a member of the Winona Archers where he was a past president and several years ago was awarded a lifetime membership. He was also a member of the Pope & Young Club, Trout Unlimited, WCFAL Archery League and founding member of the Minnwissippi Fishing Club of Winona.
He is survived by his best friend, Cynthia Schwager; children, David of Winona, Mike of Winona and Deborah (John) Lesko of Tampa, FL; grandchildren, Dane, Colby & Chase Brooks, Eric Passehl, Nina (Tonta) Rakotojoelmandrasana and Sheldon Bauer; Cynthia's daughter, Erin Schwager; brother, Gale Bauer of La Crosse, WI; and nieces and nephews, Terry, Kim, Scott, Tim, Kevin, Denise; and Cheryl, & Karen McKormick. He is further survived by many Nagle, Harvey, and McNally cousins.
Gary was preceded in death by his parents; sister-in-law, Carol Bauer; mother and father-in-law, Randal & Henrietta; brother-in-law, Kenneth Hock; sister-in-law, Marleen (Don) McKormick; and nephew, Jim McKormick;.
Gary's family would like to thank the Altura Ambulance, Winona Area Ambulance, and the Winona County Sheriff's Office for all of their care and compassion.
Per Gary's wishes, no services will be held at this time. Cards may be mailed to: Hoff Celebration of Life Center, 3480 Service Drive, Goodview, MN 55987. Please share a memory of Gary and sign his online guestbook at www.hofffuneral.com. Hoff Celebration of Life Center is assisting the family with arrangements.