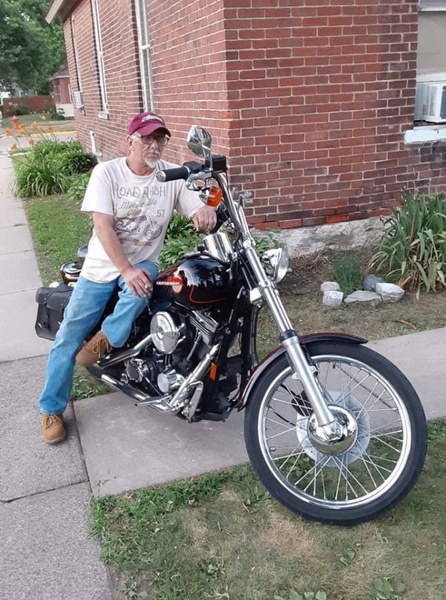 Gary Edward Ruble passed away peacefully surrounded by his family on Tuesday, June 29 at his home in Winona. Gary was born on August 14, 1963, in Lebanon, MO, the son of Bill and Ruby Ruble. He was raised in both Missouri and Kansas with his many brothers.
Gary was a loving husband and doting father to his many children. He had a magnetic personality. People loved to be near him right to the end.
Gary will always be remembered by his wife Robin Ruble and their children, Kylie Burros, Kayla Burros, Corra Stewart, and Blake Burros; previous wife Barbara Jackson, and their children, Candice Mayberry Storsveen, Robert Mayberry, Cassandra Roland, Cheyenne Ruble, and Caitlin Ruble; first wife Kim McDaniel, and their children, Gary Ruble Jr., and Timmy Ruble; grandchildren - Audi, Caden, Damien, Dominique, Elle, Laci, Layla, Madelyn, Madison, Nautica, Olivia, Phoebe, Stephanie, Timmy, Tyler, Wynter, and Zoey; siblings, Frank, Daniel, Ernie, and Billy; as well as many nieces, nephews, other extended family, and countless friends.
He was preceded in death by his parents, Bill and Ruby; siblings, Tim, Terry, and David; and grandson Aidan.
Memorials are preferred to Gary's family.
A celebration of life will take place on Saturday, July 3rd, at 11 a.m. with a gathering and refreshments following until 1 p.m. at Radiant Church located in Winona at 850 Hwy 14.