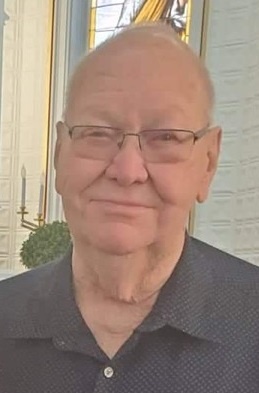 Frederick "Fred" Allan Boice, 77 of St. Charles, died Saturday, January 23, 2021 at Seasons Hospice in Rochester.
Fred was born April 5, 1943 to Wendell and Esther (Anderson) Boice in Decorah, IA. He grew up and attended schools in the Harmony and Minneapolis area. During those years, he worked as a gas station attendant, a farm worker and feed delivery driver. In the summer of 1958 at the age of 15, he met, Constance "Connie" Joanne Burri, while roller-skating. They were engaged shortly after graduating from high school and were married on November 3, 1963.
In 1965, they moved to St. Charles. With some guidance from his father, Fred began his career as an over the road semi-truck driver. After over 44 years, Fred retired due to macular degeneration blindness of his right eye. In June of 2019, Fred was diagnosed with lung cancer.
Fred was a dedicated husband, loving father, grandfather, and great-grandfather and held family and friends in high regard. In later life - some of his favorite hobbies were the TV gameshows on the Game Show Network and of course Vanna and the Wheel of Fortune. He also enjoyed Robin Meade of the Morning Show, Roy Rogers, trains, trucks, camping, backyard bird feeding, good food, beer and time spent with family and friends.
He was a member of Faith Lutheran Church since 1965 and a member of the St. Charles Moose Lodge.
Fred will be missed for his smiles, childlike humor, and sense of fun.
He is survived by his wife and best friend, Connie; two children, Michelle (Alan Ronald) Peterson of Lewiston and Allan (Kelly) Boice of St. Charles; five grandchildren, Brandy (Adam) McDonald, Hunter (Chelsey) Peterson, Nathan (Payton) Boice and Nolan (Adalyn Pearson) Boice; step-grandson, David (Jen) Peterson; three great-grandchildren, Nora Constance McDonald, Emry Lynn McDonald and Sullivan Allen Peterson and a sister, Coreene Collins of St. Paul.
He was preceded in death by his parents and his step-mother, Josephine (Larson) Boice.
Memorial Service will be 3 p.m, Friday, January 29, 2021 at Faith Lutheran Church in St. Charles with Reverend Christopher Chatelaine-Samsen officiating. Visitation will be 1 p.m., until the time of the service. He will be laid to rest at Saratoga Cemetery. Please wear a mask and follow social distancing protocols. The service will be live streamed on the church's Facebook site. https://www.facebook.com/faithlutheransc/?rf=111358165564473
Hoff Funeral and Cremation Service - St. Charles is assisting the family with arrangements. Please share a memory of Fred, sign his online guestbook and view his video tribute when it becomes available at www.hofffuneral.com.