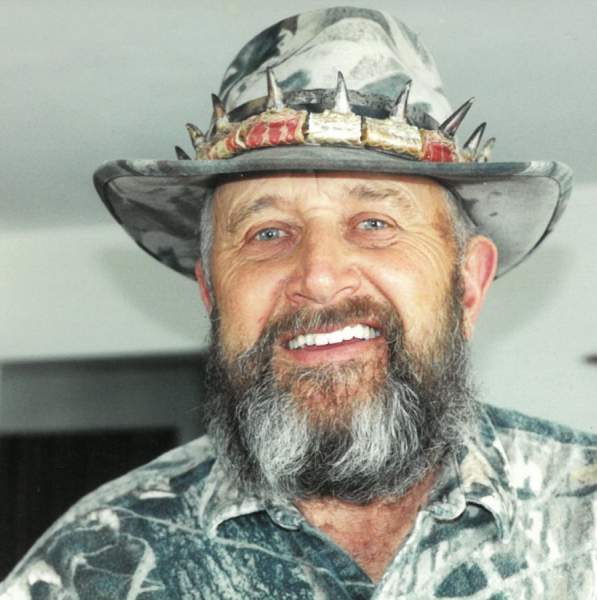 Frank Howard Burfield, 89 of rural Houston, passed peacefully, Friday, November 6, 2020 at Valleyview Healthcare and Rehab with family by his side.
Frank was born August 1, 1931 in La Crosse to Whatley and Cora (Gunderson) Burfield. He attended country school in Crystal Valley and graduated from Houston High School. Frank was drafted into the United States Army in 1952 during the height of the Korean Conflict. Following his discharge from the Army, he returned to the family farm where he spent the rest of his life.
Frank worked as a rural mail carrier for over 30 years, retiring in 1991. He was a member of Cross of Christ Lutheran Church where he served as usher for many years. Frank also belonged to the American Legion.
Frank was an avid outdoorsman and a true steward of the land. He took pride in his wildflower gardens and trout pond. Frank could often be found fishing, hunting, trapping, hunting morels and ginseng or canning. He enjoyed living off the land he worked so hard to maintain. Frank also enjoyed playing cards and spending time with family and friends.
He is survived by his sister, Doris (Arlan) Henderson; nieces and nephews, Herb (Patti) Burfield, Debra Killilea, Cindy Burfield, Kathy (Jeff) Songer, Becky (Tony) Christensen, Patty (Michelle) Burfield, Sarah (Ken) Edwardsson, Steve (Kerri) Henderson, Sonia (Ken) McNally and Susan (Aaron) Voelker; special cousin, Carma Burfield as well as many other cousins and great nieces and nephews.
Frank was preceded in death by his parents; brother, Lloyd (Eila) Burfield and nephews, Bill Burfield and Timothy Henderson.
The family would like to thank the staff of Valleyview Healthcare and Rehab for the wonderful care they gave Frank.
A private family service at Cross of Christ Lutheran Church will be at 1 p.m. on Thursday, November 12, 2020 with the Reverend Linda McPeak officiating. He will be laid to rest at the Stone Church Cemetery, rural Houston. The funeral will be live-streamed at https://www.facebook.com/Cross-of-Christ-Lutheran-Church-152900184724030/ and the service bulletin for Frank's funeral will be available on the church website at www.crossofchristhouston.org . Memorials are preferred to Stone Church Cemetery or donors choice.
Hoff Funeral & Cremation Service - Houston is assisting the family with arrangements. Please share a memory of Frank, sign his online guestbook and view his video tribute when it becomes available at www.hofffuneral.com.