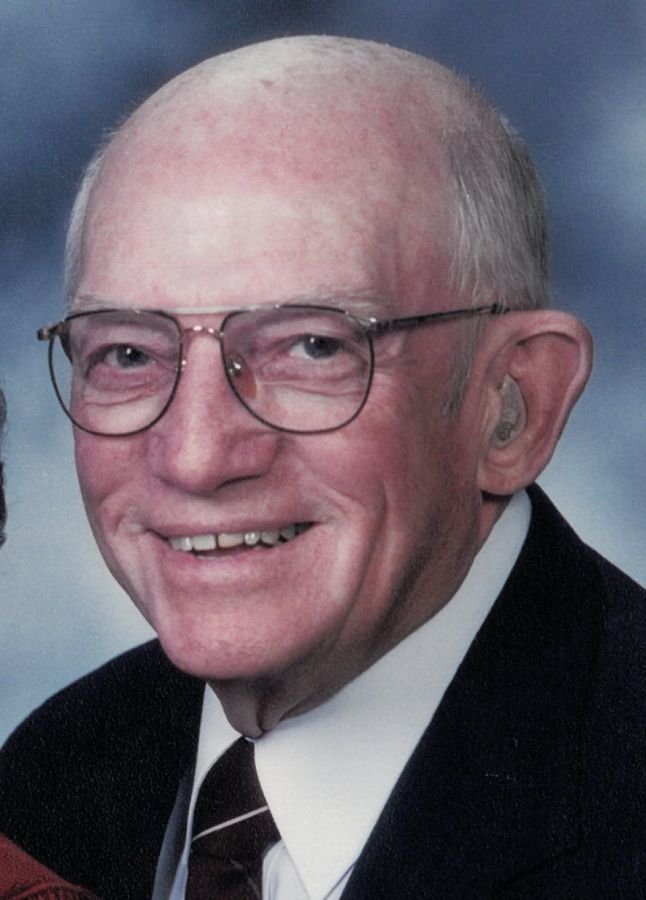 Francis "Frank" Harry Colvin, 92 of St. Charles, died Tuesday, September 1, 2020 at Mayo Clinic Hospital - Rochester, St. Mary's Campus. Frank was born April 5, 1928 in the Rochester area to Harry and Mary (Lawler) Colvin. Frank entered the United States Navy at an early age, with his mother having to sign to give permission because of his age. He served during WWII in the south China seas on submarines and mine sweepers. On November 5, 1949, he married the love of his life, Elaine Diderrich. They made their home in Rochester before moving to North Dakota where he worked on the Garrison Dam. They later returned to Rochester before moving to St. Charles in 1954.
Frank began working at IBM when they first started in Rochester and remained there until his retirement in 1991. During retirement, he drove for many local companies, including Barth Construction for 17 years. He loved to drive - whether it be semi, heavy equipment, motorcycle or grading roads. He could often be found on the road. Frank and Elaine spent many hours on their motorcycle and made it to Sturgis for 49 years.
He is survived by his three children, Cheryl (Paul) Halvorson of Peterson, Gary Colvin and Steve (Julie) Colvin both of St. Charles; six grandchildren, Matthew, Katherine (Austin), Brian (Keri), Shannon, Brittany (Matt) and Ben (McKenzie); six great-grandchildren, Brecken, Grayson, Alyssa, Ella, Vera and McKenna; and three sisters, Betty, Geraldine and Catherine.
Frank was preceded in death by his wife, Elaine in 2018; parents and siblings, Patricia, Marlene, Joseph and Leonard.
Funeral Mass will be 11 a.m., Tuesday, September 8, 2020 at St. Charles Borromeo Catholic Church with the Reverend Tim Biren officiating. Visitation will be 5-7 p.m., Monday at Hoff Funeral & Cremation Service and one hour prior to Mass at church. He will be laid to rest at Calvary Cemetery with Military Honors provided by the Eyota American Legion Post 551. Please wear a mask and follow social distancing guidelines.
Please share a memory of Frank, sign his online guestbook and view his video tribute when it becomes available at www.hofffuneral.com.