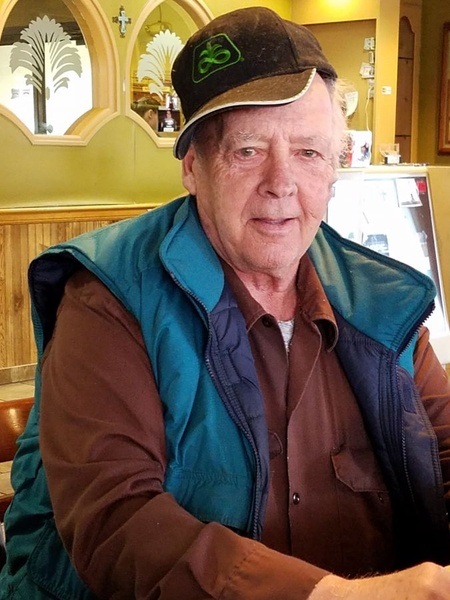 Francis "Fran" Maschka, 81, of Oak Ridge died Friday, November 22, 2019 at his home.
Fran was born March 12, 1938 to Donald and Bernette (Meisch) Maschka at Oak Ridge. He was raised on the family farm in Mount Vernon Township and graduated from Holy Trinity School in Rollingstone in 1956. Fran served in the Naval Reserves and U.S Navy from 1956 - 1961. Fran and Lola Rauk were married December 1, 1962. He farmed at Oak Ridge in Mount Vernon from 1956 until his death. Fran also worked for Lewiston Sales Barn from the early 90's, until illness forced him to retire in November of 2019.
Survivors include three children; Dave L. (Jeanine) Maschka of Winona, Danelle Chiarini of Rochester and Danna Maschka of Winona; four grandchildren, Damian Maschka, Jennifer (Joe) Lee, Nathan Maschka and Jeffrey Miller; two step-grandsons, Anthony and Vincent Chiarini; two great-grandchildren, Nora Maschka and Nolan Lee; two brothers, Roger (Jane) Maschka of Rollingstone and David B. (Carol) Maschka of Rollingstone; in-laws, Ed (Kay) Rauk and Paulette Gilbert and several nieces and nephews.
Fran was preceded in death by his wife Lola in 2004, his parents, two daughters, Dawn Miller and Darla Jo Maschka; two granddaughters, Jenny and Jessica Miller; son-in-law, Kevin Chiarini and two infant sisters.
A Funeral Mass will be 12 p.m., Wednesday, November 27, 2019 at Holy Trinity Catholic Church in Rollingstone with the Reverend Chinnappa Pothireddy and Reverend Michael Cronin officiating . A visitation will be from 4- 7:30 p.m., Tuesday and one hour before services, all at the church. Burial will follow in the church cemetery. Come as you are, no need to dress up. Fran wouldn't want that. Please share a memory of Fran at his on-line guestbook and view his video tribute when it becomes available at www.hofffuneral.com.
In lieu of flowers, the family prefers memorials to the Eagles Cancer Telethon.
Hoff Celebration of Life Center in Goodview is assisting Fran's family with arrangements.