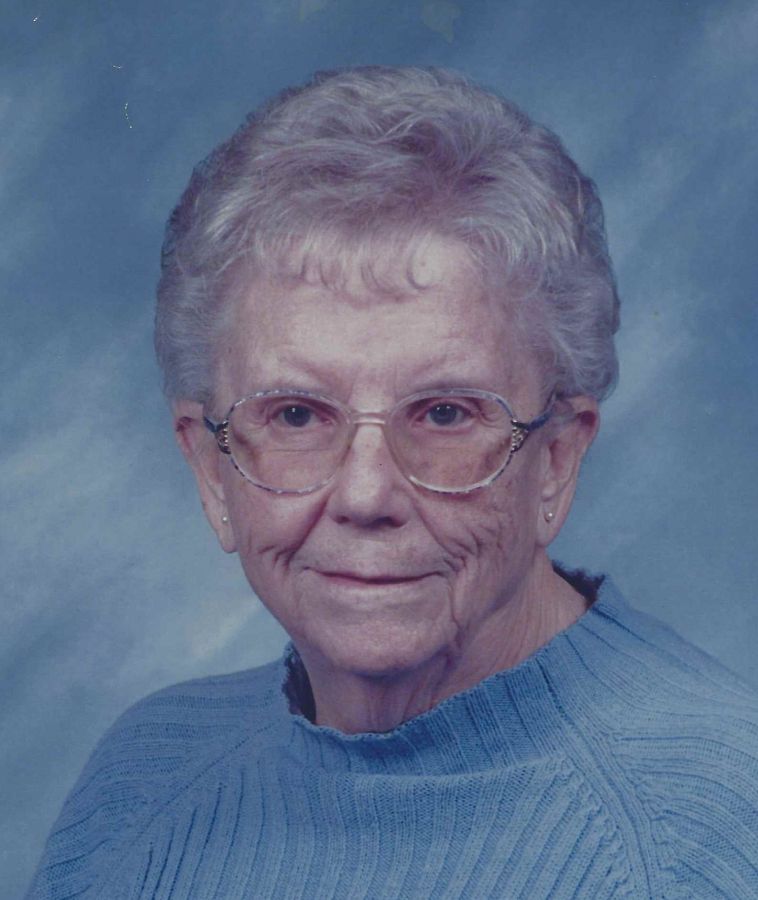 Florence Leona Hollingsworth, 94, of Winona died Tuesday, March 12, 2019 at Lake Winona Manor. Florence was born September 23, 1924 in Winona to William and Anna (Ellers) Schmidt. She took pride in being a Registered Nurse he entire adult life, having graduated from Kahler Methodist School of Nursing during World War II. Florence then worked two years at the VA Hospital in Des Moines, caring for wounded soldiers. While there she cared for and fell in love with the love of her life, Martin Hollingsworth. The couple married December 12, 1947 in Des Moines. After their first child was born, they moved They made their home in Winona area, then in Stockton. where she began working for Winona General Hospital. Later becoming Community Memorial Hospital. From where she retired on May 1, 1991.

Through hunting and marksmanship, Florence's father introduced her to a love for the outdoors which she passed down to her children. She became an accomplished junior marksman. She also enjoyed fishing, birdwatching, rock collecting and golf, continuing golfing as long as her health allowed. Florence developed her faith through her love of nature. She was also Den Mother for the Stockton Cub Scouts.

Florence was a member of Wesley United Methodist Church, the Order of the Easter Star and the Hiawatha Valley Audubon Chapter.

Survivors include her two children; William Hollingsworth of Newport News, VA and Renanne Baker of Winona, three grandchildren; Jodi Mullet, Ginger Spencer and Courtney Spencer, three great-grandchildren, Jordan, Katara and Sebastian, a sister Ethel Graf of Oakdale, MN, brother-in-law Elmont Hollingsworth and sister-in-laws Pat and LaDonna Hollingsworth.. She was preceded in death by her parents, husband Martin in 1984 and a brother Ervin Schmidt. She is also survived by many nieces and nephews.
Services to remember Florence will be 11 a.m. Monday at Wesley United Methodist Church with Pastor Linda Miller officiating. Burial will be in Minnesota Veterans Cemetery in Preston at a later date. Friends may call from 10 a.m. until time of services at the church. Please share a memory of Florence at her online guestbook and view her video tribute, when it becomes available at http://www.hofffuneral.com.
Memorials are preferred to the Winona Bird Club, Wesley United Methodist Church or donor's choice. Hoff Celebration of Life Center in Goodview is assisting the family with arrangements
To order memorial trees or send flowers to the family in memory of Florence Hollingsworth, please visit our flower store.