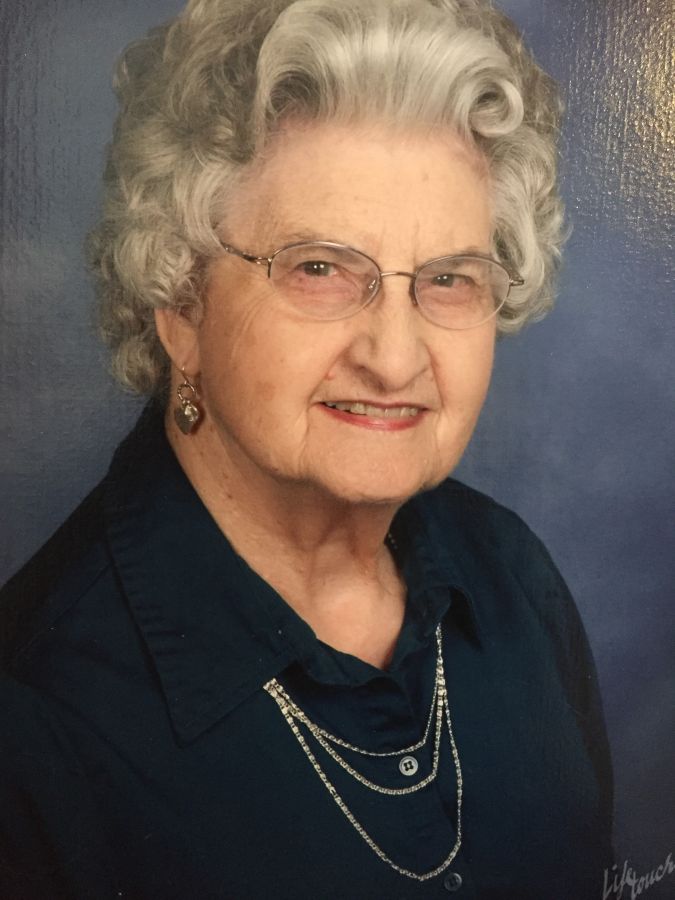 Evelyn Jeanette Bremseth, 98, passed away on Sunday, March 29, 2020 at the Good Shepherd Lutheran Home in Rushford, MN.
She was born January 21, 1922, to John and Bertha (Hermanson) Olness in rural Peterson. She was baptized and confirmed at Peterson Evangelical Lutheran Church in Peterson and graduated in 1940 from Peterson High School.
On December 29, 1945, she married Marvin Moran when he returned from the World War II, European Theater. They were married at Peterson Evangelical Church and for over 40 years they lived in Rushford and South Rushford. They had three children, Annette, Marjorie, and Scott. Marvin passed away in 1989 and in 1994 she married Ronald Bremseth. Evelyn enjoyed quilting, crocheting, and singing in choirs, as well as other crafts. She was involved with activities such as holding office in WELCA and teaching Sunday School at Rushford Lutheran Church. She worked as a school secretary, for Crystal Photo Shop, and for Tri-County Electric for 18 years.
Evelyn is survived by two of her children, Scott (Connie) Moran and Annette (Arnie) Skrukrud, her son-in-law Ronald Utley and by her sister Olive W. Peterson. Annette's family, Andrea (Craig) Hughes and children, Jayden and Kylie, Annalisa (Dean) Shaffer, and children, Logan and Jordyn. Scott's family Angela (Chris) Lowrie, children Sophia and Landon, Mark (Emily) and children Breanna, Jake and Mia. Ron's children, Mike (Cara) children Cooper and Emma, Spencer(Abby) and child Audrey. Ron Bremseth's children, Suzanne, Cheryl, Heidi, and Dawn also survive her.
She was preceded in death by her husbands, Marvin and Ronald, and her daughter, Marjorie Utley, her four brothers, Joseph, Conrad, Manvel, and Maynard, her sister Berdine Highum and Ron's son Mike.
A private graveside service will be held Tuesday and a memorial service will be held at a later date. Memorials may be given to the donor's choice. The family wishes to thank all the wonderful staff at the Good Shepherd Lutheran Nursing Home and Bremmer Suites for their thoughtful and kind care for these past 10 years.
Please leave a memory of Evelyn and sign her online guestbook at www.hofffuneral.com