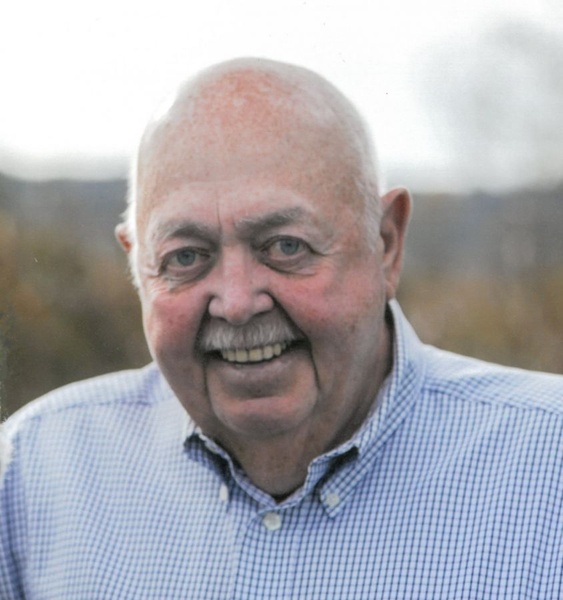 Eugene LeRoy Laschenski, 81, entered into eternal life on 14 June 2020, surrounded by family at his home in Houston, MN.
A lifelong farmer at heart, Gene was the oldest child of Kasmer and Alida (Gaustad) Laschenski, born at his maternal grandparent's farm in Yucatan Township on 20 October 1938. At the age of 17, while still a junior in high school, he enlisted in the US Navy, serving 2 years of active duty and 4 years in the reserve. It is from his service he enjoyed the adventure of traveling to new (and old) places.
Gene also knew how to have a good time. On one occasion, specifically at La Crosse Oktoberfest 1964, he met his future wife, Carol Lee Riley of McGregor, IA. They were married on 8 October 1966 at St. Mary's Catholic Church in McGregor.
While continuing to help his parents farm, in 1965, he began working as a tractor-trailer driver for United Parcel Service, retiring in 2000 after 35 years of service. After "retirement," he continued farming, being blessed to see his beloved farm one last time a few weeks ago.
Gene is survived by his wife, Carol; his children: Brian of La Crescent, MN; David (Kimberly) of Minneapolis MN; Jon (Mel) of Houston, MN; Jean (Gary) Kennedy of La Crosse, WI; Edward (Stacy) of Winona, MN; and Kathryn (Rod Ryba) Bourget of Boyd, WI. He is also survived by 15 grandchildren: Cameron Nelson of Chicago, IL, Austin Larson and Shala Laschenski of Minneapolis, MN; Taylor, Hunter, and Ashley Laschenski of Houston, MN; Wyatt Kennedy of La Crosse, WI; McKenna, Matthew, Payson, and Quintin Laschenski of Winona, MN; Olivia and James Bourget, and Kylie and RJ Ryba all of Boyd, WI, and by several other relatives.
In addition to his parents, he was predeceased by his son-in-law, Aaron Bourget, and his sister, Nancy Boldt.
There will be a drive through visitation at Hoff Funeral Home in Houston from 4:00 to 7:00 p.m. on Thursday, June 18. If you are attending please enter from the south on Kilbourn street, greet the family while remaining in your car and exit the funeral home parking lot to the north toward Highway 16.
There will be a Memorial Mass at 11:00 a.m. on Friday, June 19, at St. Mary's Catholic Church in Houston. A limited number of people are allowed to attend based on current Covid 19 restrictions. There will also be an hour visitation outside of the church prior to the Mass. Burial will take place in the St. Mary's Catholic Cemetery in Houston.
Please leave a memory of Eugene and sign his online guestbook at www.hofffuneral.com