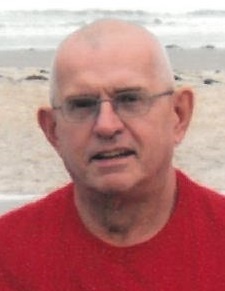 Eugene "Geno" Allen Garrison, passed away January 14, 2021 at his home with his wife, Marian, by his side. He was born in Winona to Russell and Violet (Farnholz) Garrison.
Geno was an avid Viking and Twins Fan. He was very proud that he was invited to the Cincinnati Reds training camp upon leaving high school. Geno was a starter on the Winona High basketball team that went to state. It was the first team to go to state. His first job was as a pin setter at the Athletic Club at the age of 9. Geno also worked at Mayflower Movers, Warner and Swasey and various other companies. He would recount growing up by the river in a coach car with no electricity or running water and a small coal stove for heath with his mother and siblings. He enjoyed going to his granddaughters' volleyball, basketball and softball games and track meets. He enjoyed hearing about all the accomplishments of his grandchildren. In his later years, he enjoyed gardening with his wife at the Watlow employee gardens and his daily trip to the Mankato Kwik Trip.
He is survived by his wife, Marian; four daughters, Tammy Theresa (Todd) Wilkening of Fountain Hills, AZ, Jean Ellen (David) Bambenek of Coon Rapids, MN, Mandy Sue (Mark) Albertson of Paolis, IN and Jino Lynn (Dan) Stoner of Winona; sister, June Garrison of Owatonna, MN; brother, Don (Connie) Garrison of Huntley, IL; five grandchildren, Nathanael Bambenek of Chicago, IL, Emma & Andrew Bambenek of Coon Rapids, MN, Stephanie Cox and Mandy Marie Duellman of Winona.
He was preceded in death by his parents; two brothers, Kenneth, and Roger; and two sisters-in-law, JoAnn and Elenora.
He fought a valiant fight for life, open heart surgery in 2003 and then four bouts of cancer in the following years - with cancer in his last year of life.
Due to Covid-19 restrictions, a celebration of his life will be planned later. He is now in the home of the Lord, the one here on Earth was only temporary. Hoff Celebration of Life Center - Goodview is assisting the family with arrangements.