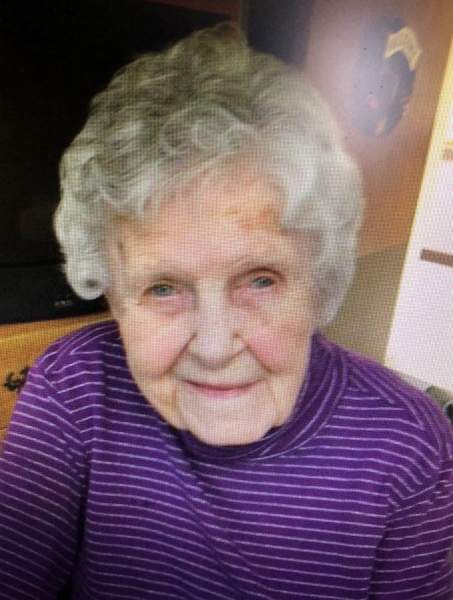 Esther was raised in Hart Township, attended Hart School District #48, and later attended German School in Hart. Esther married Elmer Ronnenberg on May 6, 1944. They farmed their entire career in the Lewiston area and retired in Rushford. Esther had many hobbies and interests. She enjoyed embroidery, playing 500 and 500 Rummy, fishing by Park Rapids, MN, cutting beans and Kohlrabi from the garden, Wheel of Fortune, Price is Right, Days of Our Lives, and scratch off lottery tickets.

There will be a private family service at St. John's Lutheran Church in Hart at 2:00 p.m. on Saturday, January 2, 2021, with the Reverend Mark Triplett officiating. A live stream of the funeral service can be found at the Facebook page: St. Mark and St. Johns Lutheran Rushford. Burial will be at St. John's Cemetery in Hart, MN. Esther's family prefers memorials be directed to St. Mark Lutheran Church or Good Shepherd Lutheran Home and can be mailed to Hoff Funeral Home, in care of the Esther Ronnenberg family at PO Box 625, Rushford, MN 55971.

Please leave a memory of Esther and sign her online guestbook at www.hofffuneral.com