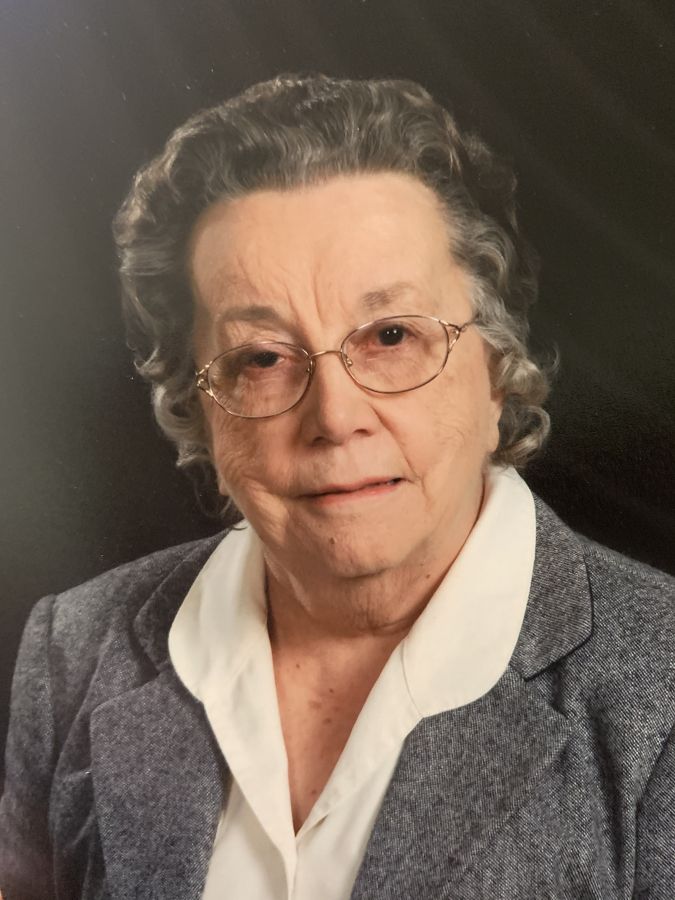 Born February 7, 1922, Elsie (Elsa) Augusta Heim was the third of nine children. Her parents, Ben (Bernhardt) and Amanda (Richter) Block, farmed on Stockton Ridge, in Winona County. She, like her sisters, hired out as a mother's helper to several families in the vicinity. It was during one of these jobs that she met, and fell in love, with Louis Heim. They married on October 5, 1944, and took up residence on the Heim family farm near St. Charles.

Elsie was a loving and supportive mother who counseled her children that "You always have family." She provided a welcoming home, and a beautifully set table, whether it was a holiday dinner, or afternoon tea shared with visitors. She was a gracious hostess, an excellent cook and baker. Her pies, especially apple, and Waldorf Red Cake, made for birthdays and special occasions, are remembered with great fondness.

Elsie and Louis enjoyed traveling. Their trips took them to Europe on a Farm Journal tour (where they got lost in Paris), California to visit family, Canada, Alaska, and other locations around the United States.

She was a talented artist and craftsperson, always curious and creative. She took pride in a beautiful flower garden and surroundings. Fresh flowers from her garden adorned her home all through the spring and summer. She enjoyed making wine, especially dandelion and elderberry. Her family photo albums contain images she photographed, printed, and even hand colored. She won "Best of Show" and blue ribbons at the Winona County Fair for her paintings. Her beautiful landscapes and seascapes adorn the homes of family and friends. After retirement, she and Louis took up stained glass as a hobby. Together they made many windows, lamps and sun catchers. Elsie continued the hobby after Louis's death in 1990, even accepting commissions from friends and family. Among her works is a stained glass window for the chapel at Crest View on 42nd in Columbia Heights, where she spent her last days.

On Friday, October 18, 2019, Elsie joined her beloved husband Louis to rest in heavenly joy. She is preceded in death by her parents, sisters Martha Perry, Minnie Wright, and Millie (Charles) Richter, and brother Albert Block.

A Funeral Mass will be held at 11 a.m., Thursday, October 24, 2019 at St. Aloysius Catholic Church in Elba, MN. A visitation will be from 4-7 p.m., Wednesday at Hoff Funeral and Cremation Service, St. Charles and one hour prior to Mass at church. Burial will follow at St. Aloysius Cemetery, Elba. Memorials can be made in Elsies name to the Alzheimer Association or St. Charles Foundation for Academic Excellence.