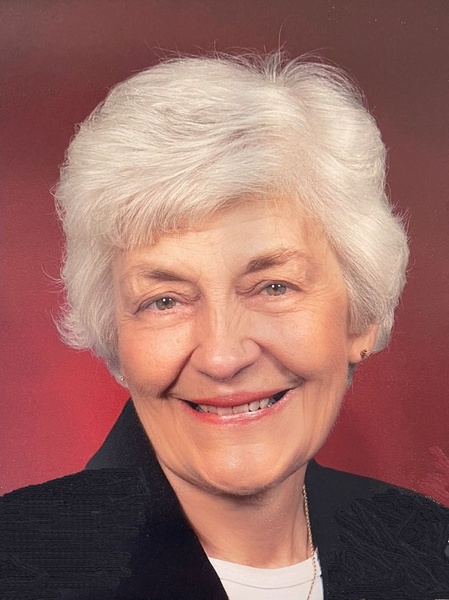 Ellen was born February 2, 1933, in Spring Grove, Minnesota to Glenn and Violette Maland. She grew up on the family farm in rural Peterson with her five siblings and extended family. She graduated from Peterson High School in 1951 and married Clair Overland on May 2, 1952, at Arendahl Lutheran Church. Together they made a happy home for their four children in Hart, where Clair was the creamery manager and operator while Ellen was caregiver and caretaker of their home and family. Later they moved into Rushford where their home became a retreat for children, grandchildren, friends and extended family members.

Ellen had a strong, deep faith that guided her gentle and peaceful spirit. Never cross or judgmental, she fully embodied her greatest gift, 'giving of herself'. She was a member and active participant of Rushford Lutheran Church (ELCA). Later in life Ellen decided to share her caregiving by working at the Good Shepherd Nursing Home. Her caregiving was how she lived her entire life, and it was returned by the loving staff at Good Shepherd. Her family is grateful for the compassionate care provided to her by Good Shepherd and hospice in her final years and moments.

A memorial service at Hoff Funeral Home is being planned for May of 2022, to celebrate the life of Ellen, as well as the anniversary of Clair and Ellen. A union forged 70 years prior will find rest together with burial following for both at Rushford Lutheran Cemetery.