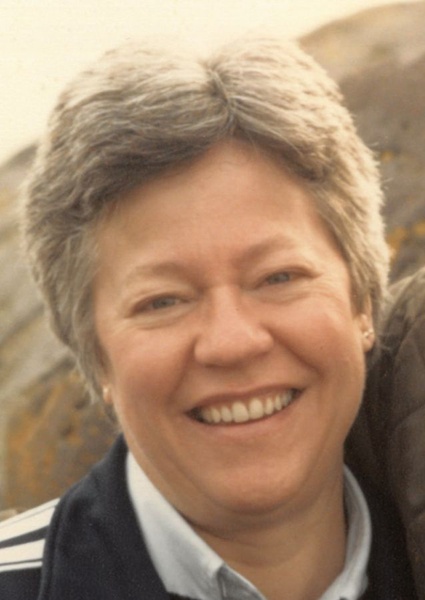 Surrounded by her loving family, Elizabeth Margaret (Scherbring) Burnett died Saturday, February 8, 2020 at Saint Anne's Nursing Home, Winona. She was 87. Born July 3rd , 1932 to Louis and Margaret Scherbring of Rollingstone Township, Winona County, Minnesota. A graduate of Holy Trinity Catholic School in Rollingstone, Betty was a resident of the Winona area most of her life. She was married at Cathedral of the Sacred Heart on January 7, 1956 to Richard Leo Burnett. Betty and Richard were happily married for 64 years. Betty, with her family, was an avid hiker and camper. She and Richard introduced their four children to camping when their youngest child was only four years of age. Whitewater State Park and the surrounding wildlife area is well known to the family. The 1970's saw Betty with her husband and children on several canoe trips in the Boundary Waters Canoe Area Wilderness. She travelled often on vacations to the Rocky Mountains, having visited national parks throughout the western U.S. and Canada. In later years Betty and Richard made frequent and regular visits to the Pacific Northwest where two of her four children live and work Through her adult life Betty worked an assortment of full and part time jobs in the Winona community, but for the majority of her years took pleasure in keeping and caring for her beautiful home, growing her flower garden and feeding the birds. Betty had a unique and colorful sense of humor. She was a devoted wife, mother and grandmother. Her family meant everything to her. She was preceded in death by her parents, five brothers, and six sisters. She is survived by her husband Richard, by her daughters Cathrine, Susan and Jane (Jim) and her son Randal (Selena); grandchildren Oleg, Anne, Michael, Marie, Erika, Alani, and Paula, and four great-grandchildren, along with brothers and sisters-in-law and numerous nephews and nieces. The family wishes to recognize the special love and care they have received through this difficult time from Catherine Mary (Reiter) Burnett, from Cheri and Jennifer Weaver and Roger Lehnertz. A funeral service will be held at 2:00 PM on Thursday, February 13, 2020 at the Cathedral of the Sacred Heart in Winona with Father Mark McNea officiating. There will be visitation starting one-hour prior to the service and a luncheon following the service.