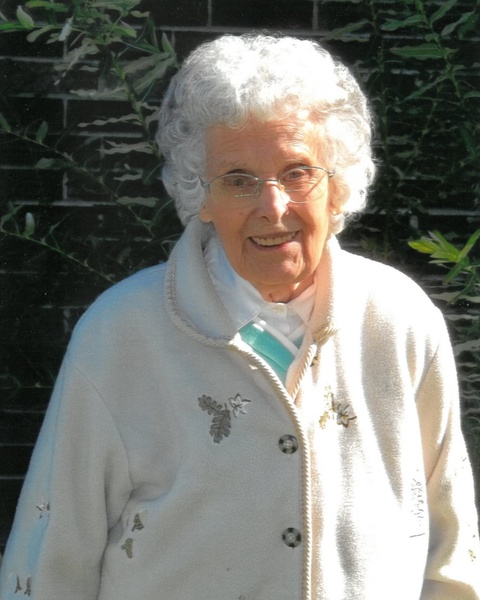 Eleanor “Bonnie” Caroline Swanson, 97, was called to her eternal home in heaven on September 16, 2022. Eleanor lived at the Adith Miller Manor in Winona, MN, previously of Rollingstone, MN and before that lived in Spooner, WI.

Bonnie and her identical twin sister were born on November 17, 1924, in Red Wing, MN to Albert and Elizabeth (Staehli) Schultz. She graduated from Red Wing High School. On January 1, 1947, she married Lowell Swanson in Red Wing.

They lived in Anchorage, Alaska for 8 years then moved back to the Bay City, WI area and eventually settled in Spooner, Wisconsin for over 30 years.

She was a member of the American Legion Auxiliary and the VFW Ladies Auxiliary, and a member of Salem Lutheran Church in Shell Lake, WI.

She enjoyed being a homemaker. She fed her family many delicious meals. She enjoyed cooking, collecting recipes, gardening, sewing, playing cards, and going to garage sales.

We would like to thank the staff at the Adith Miller Manor and Winona Area Hospice for the excellent care she received. We are very thankful to everyone.

A visitation for Eleanor will be held on Wednesday, September 28, 2022, at Hoff Celebration of Life Center from 10 a.m. to 11 a.m. A memorial service will follow the visitation at 11 a.m.