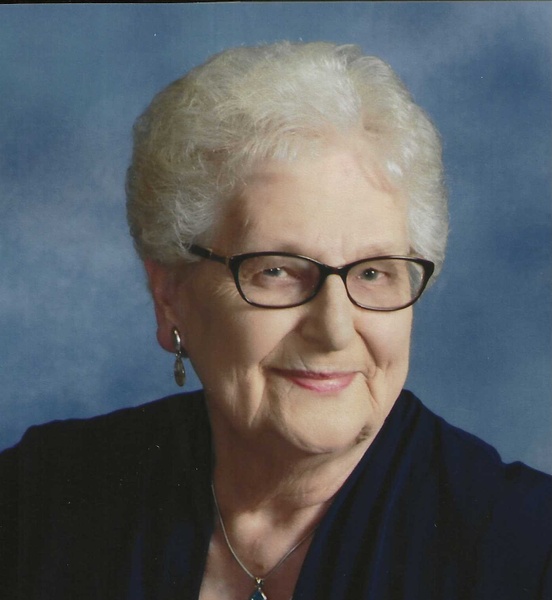 Edith (Edie) Overland Jerviss Peterson, age 91, died in the early morning hours of Monday July 11, 2022, at the Valley View Nursing Home, where she had resided for three months. She was born on March 6, 1931, at home in rural Rushford to Ben and Olga (Helleland) Overland. Edie was a surprise to her siblings when they returned from school, and her brother Robert would share that “we were so dumb we didn’t even know she was coming.” Edie attended country schools in rural Rushford and graduated from Rushford High School in 1948.

After graduating Edie began working at Tri-County Coop Oil where she met Gordon Jerviss, the love of her life. They were married on February 18, 1950 and moved to Houston where she has lived ever since. Edie also worked at Rush Products in Rushford, as a playground aide at Houston Elementary School for five years, and Custodian at Cross of Christ Lutheran Church for 31 years.

Gordon passed away in 1978 and Edie later married Art Peterson in 1984. They traveled throughout their marriage until Art’s death in 1991.

Edie was a member of Cross of Christ for 72 years where she was the first woman elected to the church council. She was a long-time member of the Ladies Aid groups and various Circles, Craft Club, Iris Garden Club, American Legion Auxiliary, and Homemakers Group of Badger Valley. She loved doing embroidery (she was famous for her embroidered kitchen towels and donated many sets to charity auctions) and crocheting, dancing, Polka music, gardening, playing Bingo, Rook, and other card games. Her family and visits from her children, grandchildren and great-grandchildren were her greatest joy.

She was preceded in death by her parents, husbands Gordon Jerviss and Art Peterson, George and stepdaughter Ramona (Jerviss) Trentz, brothers Robert and Willard Overland, brother-in-law Carmen Johnson, Ron Simpson, and many cousins, aunts and uncles.

There will be a Visitation at Cross of Christ Lutheran Church in Houston, MN on Friday July 15, 2022, from 3-6 p.m. with an on-going lunch in the fellowship hall of the church. Interment will be a private service with the family at the Stone Church Cemetery.

Memorials can be directed to Cross of Christ Lutheran Church, Valley View Nursing Home or an organization of your choice.

Please leave a memory of Edith and sign her online guestbook at www.hofffuneral.com