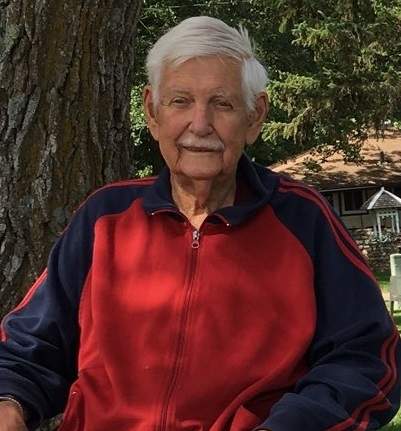 Dwayne "Dewey" Carlyle Benson, 84 of Winona, died Monday, June 29, 2020 at Lake Winona Manor. Dewey was born on October 2, 1935 in Minneapolis, MN to Albin and Gerda (Johnson) Benson. After high school, Dewey joined the Navy Reserves and proudly served our country. On February 14, 1974 he married Mavis Amundson. Together they made their home in Bloomington before moving to Winona in 1977. Dewey worked as a salesman in the food industry his entire life and had an incredible knack to sell things. He was a member of the American Legion and the Elks and was an avid Minnesota Vikings and Twins fan.
He is survived by his wife, Mavis; children, Randy Benson, Brad (Peg) Benson, Pam (Wayne Fjersted) Benson, Todd (Kari) Benson, and Tim (Jenn Smith) Benson; grandchildren, Candace, Tyler, Nick, Leo, Hannah, and Alli; and niece and nephew, Elizabeth (Tim) Sargent and Chris (Laura) Benson.
Dewey was preceded in death by his parents and brother, Ron (Judy) Benson.
Dewey generously donated his body to the Mayo Clinic Anatomical Bequest Program. A celebration of his life will be held at a later date. Please leave a memory and sign his online guestbook at www.hofffuneral.com. Hoff Celebration of Life Center, Goodview, is assisting the family.