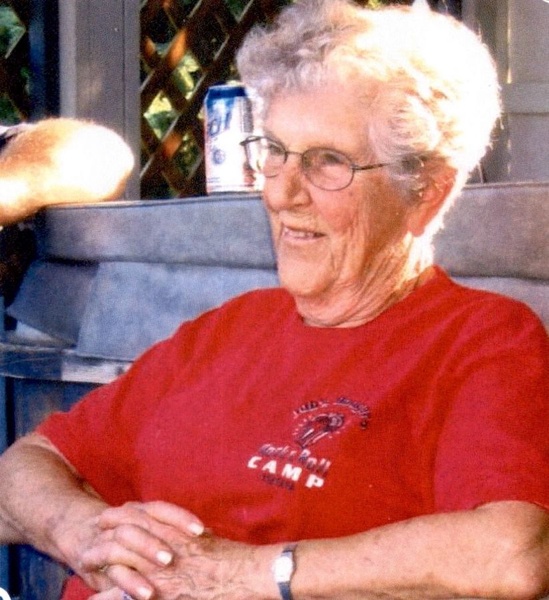 Dorothy Fuller, 99, of St. Charles died Thursday evening, January 14, 2021 at Seasons Hospice in Rochester. Dorothy was born in Melbourne, Australia to Hector and Dorothy (Dalton) Danks. Dorothy met a handsome American solder, Kendall Fuller, during WWII at the local USO. They were married in Australia. Dorothy, and her sister, Thelma, later traveled to the states to join their husbands. They married on June 8, 1944 and joined his family, living on the Fuller farm in St. Charles. In the year's farming was a struggle, Dorothy would go to work in Rochester. Through the years she worked for J.C. Penny as a bookkeeper and Barnum's Stationary as store manager.
Dorothy was a strong-willed and loving mother. She was proud of her living independently, in her own home until the age of 98 and balancing her own checkbook until two weeks ago. Dorothy was community minded, co-founding the St. Charles PTA, serving on the city Planning and Zoning committee as well as treasurer of her church, the United Church of Christ. She was the founder of the local Job's Daughters chapter, ascending to the role of treasurer for the Job's state organization, also serving as Grand Guardian and as a leader and Den Mother in Scouting.
Survivors include two daughters, Pat (Dave) Bauer of St. Charles and Sandy (Terry) Waggoner of Omaha, NE; six grandchildren, Lisa (Rod) Rowe, Tina (Troy) Kelly, Tim (Sophie) Fuller, Joseph Fuller, Beth (Steve) Fleener and Jessica Waggoner; great-grandchildren, Brett and Lanae Rowe, Cody Zander, Aurora, Cecelia and Charlotte Fuller, Charlotte, Aiden, Lander and Madison Fleener, Conner and Payton Kelly. She was preceded in death by her husband Kendall in 1996, a son Jim in 2014 and her sister Thelma.
Services to celebrate Dorothy's life will be 11 a.m. Thursday, January 21, 2021 at Hoff Funeral Service in St. Charles, led by funeral celebrant, Jodi Heim. A visitation will begin at 10 a.m. Burial will follow in Hillside Cemetery. Please share a memory of Dorothy at her on-line guestbook and view her video tribute, when it becomes available at www.hofffuneral.com. A live stream link will be available through the following link, https://www.oneroomstreaming.com/view/authorise.php?k=161087248895802