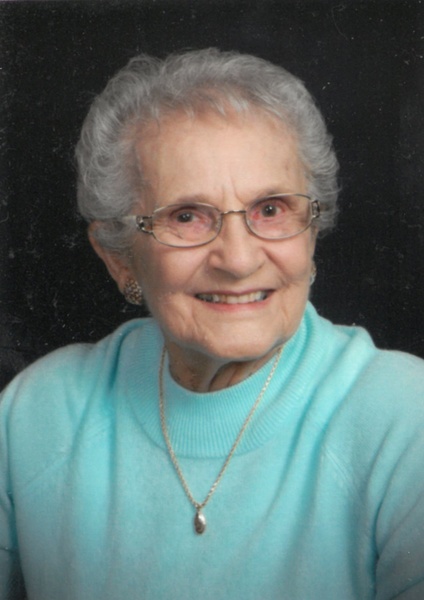 Dorothy Lois (Tinker) Anderson, 92, passed away Monday July 18, 2022 at Sugar Loaf Senior Living in Winona MN.  She was born Nov. 4, 1929 in Chippewa Falls, WI to William I. and Mary (Dedic) Tinker and had one brother, Richard Tinker. When her parents brought her home from the hospital Richard took one look at his baby sister and said, “I’m going to call her Dollie.” That is how she got her nickname “Dollie,” and it stuck ever since.

In 1949, Dorothy married Everett J Anderson at Trinity Lutheran Church in LaCrosse, WI.  They were married for over 50 years and had three children.  After Everett served in the US Air Force, they moved to Harmony, MN where he began his banking career at Harmony State Bank.  In 1969, they moved to Houston, MN where Everett was president of Security State Bank, and Dorothy was an executive secretary at Ace Telephone.  Some of Dorothy’s interests were sewing, baking, gardening, bike riding and golf.  She liked the Twins and Brewers baseball teams as well as the Green Bay Packers football team.  She was a member of the American Legion Auxiliary and served on the Houston Ambulance crew.

We will all remember Dorothy (nicknamed GG by her great-grandchildren) for her many talents, her chocolate chip cookies, her perfect pies, her wonderful meals, her sense of humor, her kindness and graciousness, her giving heart and especially her love for her family.  She will be greatly missed!

Funeral services will be Friday, July 22, 2022 at 1:00 p.m. at Hoff Funeral Home in Houston, MN with visitation before the service from noon until 1:00.  Burial will follow at Prince of Peace Lutheran Cemetery in LaCrescent, MN.