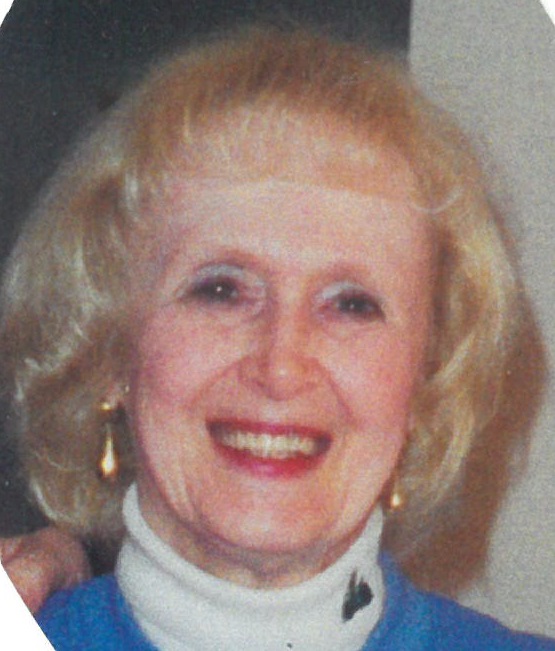 Doris Irene (Hoppe) Sweningson, 89 of Winona and formerly of Utica died Thursday, May 2, 2019 at St. Anne Extended Healthcare.
Doris was born July 21, 1929 to Walter E. and Olga (Nuthak) Hoppe on a farm in Mt. Vernon township, Winona County. When she was 3, they moved to Norton township and she attended 1st grade at the Gensmer school. Later that year they moved to a farm by Altura and she attended Altura Elementary School for 5 years. Then her father bought a farm in St. Charles township and she went to Summit Elementary through 8th grade and St. Charles High School, graduating in 1949. Soon after graduation, she worked as a secretary and bookkeeper for Currie Motor Co. in St. Charles where she met her husband, Orvin. They were married February 12, 1953. In 1968, she worked for attorney Roger Poole in Lewiston and then as the Lewiston Elementary school as secretary for 25 years.
Doris enjoyed taking pictures of her husband and family. She was so proud to give each of their 7 children a photo album from pictures she had saved for so many years. She did a beautiful job and all the kids knew it was made from her heart.
Doris is survived by her husband Orvin of 66 years; children, Rick (Patty) Sweningson, Janice (Michael) Fusco, Roger (Leslie) Sweningson, Ronnie (Dawn) Sweningson, Julie (Tim) Farrell and Jeffrey (Jackie) Sweningson; grandchildren, Cory (Cindy), Trevor (Tasha), Heather Fusco, Ryan Fusco, Kyle (Savanah), Eric (Mandy), Blake, Logan, Shawn (Rachel), Brandon (Sami) and Tyler; great-grandchildren, Sebastian, Sydney, Shelby, Thomas, Adah and River Rose; sister-in-law, Ila Hoppe and nieces and nephew, Gloria, Darlene and Keith.
She was preceded in death by her son, Randy of Winona; parents; brother, Willis Hoppe; sister, Gladys Hoppe; foster sister, Hannah (Alfred) Krause and their daughter, Grace and her husband and son.
Funeral Service will be 2 p.m., Sunday, May 12, 2019 at Hoff Funeral & Cremation Service - St. Charles. Visitation will be 1 p.m., until the time of the service. She will be laid to rest at Hillside Cemetery. Please share a memory of Doris, sign her online guestbook and view her video tribute when it becomes available at www.hofffuneral.com.