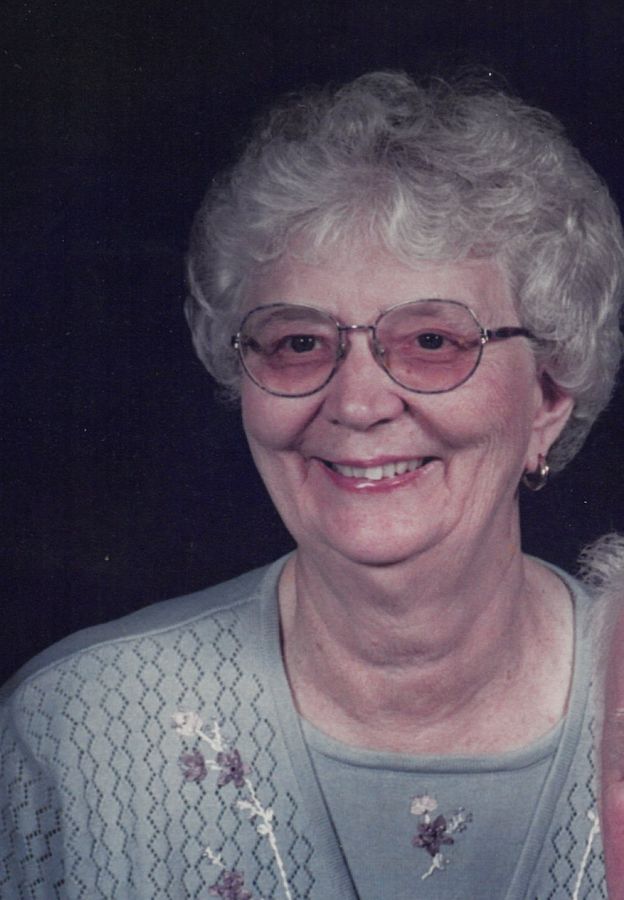 Doris Pauline Haase Chapiewski, 94, of Minnesota City/Winona, died Monday, November 16, 2020, due to complications from COVID-19. Doris was born in Winona to Hulda and Walter Haase, Sr. She attended school in Winona and thoroughly enjoyed the high school experience maintaining lifelong friendships with many of her classmates. After high school, Doris worked briefly at Watkins before starting a 42-year career at Brom Machine and Foundry. She was a strong, smart, role model and career woman at a time when few women worked outside the home. As a lifelong member of Central Lutheran Church, faith was important to her, and she volunteered in numerous roles when called to serve.

In September 1946, Doris married James Sizemore, and they later divorced. In November 1958, she married Frank Chapiewski, and they were married 54 years until Frank passed away in 2013. Dorie, to those that knew and loved her, had many interests throughout her life. Her motto was, "Have car, will travel" and did she love a good road trip! Dorie and Frank traveled all over the United States, and she kept her Golden Age Passport to the National Park Service in her billfold just in case. After building a home in Minnesota City, Dorie and Frank took great pride in their vegetable garden, flower garden, lawn, and fruit trees. They enjoyed canning the harvest, and their homemade dill pickles were legendary. Little kids were officially family members when they had one of the salty pickles for the first time. She was a loyal Twins fan and cheered for the Green Bay Packers. Dorie loved creating, and her favorite crafts included ceramics, knitting, and quilting. She created her final quilt when she was 90. Throughout her life, Dorie enjoyed reading, and she passed that love on to all three of her daughters. In her later years, she enjoyed Word Searches and Bingo. For a sweet, little old lady, she was competitive to the end! Dorie loved decorating for the holidays and always made Christmas special. Her greatest joy was having all her family together to celebrate.
Dorie is survived by her three daughters, Patricia (George) Benedict of Winona, Lisa (Richard) Lind of Minnesota City, and Carrie (Brad) Reuter of Waumandee, WI. She is further survived by grandchildren, Courtney (Tim) Kirchner, John (Suzie) Benedict, Amanda (Justin) Obenauer, Stephen (Katie) Lind, Amy (Travis) Meyers, Philip (Anne) Reuter, Melody (Mark) McKee, and Paul (Brianna) Reuter; great-grandchildren, Hannah, Jake, Ellie, Jack, Holly, Finnegan, George, Chloe, Blake, Cameron, Harper, and Holden; grand dog, Honey McLovin; sister, Arleen Stanek of Edina; and many nieces she loved dearly.
Dorie was preceded in death by her parents; husband, Frank; sister, Margaret Raty; and brother, Walter Haase, Jr. The family would like to thank Teresa and the staff at Lake Winona Manor for their care during this difficult time.
A Memorial Service will be 11:30 a.m., Saturday, July 10, 2021 with the Reverend Michael Short officiating at Hoff Celebration of Life Center - Goodview. Visitation will be 10:30 a.m., until the time of the service. Hoff Celebration of Life Center, Goodview, is assisting the family.